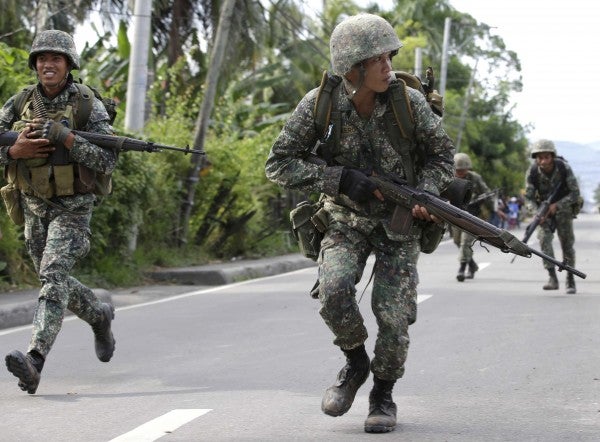 Philippine Marines cross an intersection to avoid a sniper fire during a standoff for the second day Tuesday Sept. 10, 2013 when about 200 Muslim rebels, enraged by a broken peace deal with the Philippine government, held scores of hostages as human shields at the southern port city of Zamboanga, in southern Philippines. AP/Bullit Marquez

MANILA, Philippines—A former police officer who was among those held hostage by members of the Moro National Liberation Front in Zamboanga City escaped from his captors Tuesday afternoon, police said.

The circumstances surrounding the former policeman’s escape were not stated in the text advisory, but Huesca said Macaso sought help from government troops in the area during his escape.

Macaso was brought to the hospital in the downtown area, he said.