MORE than 200 student participants from University of San Carlos (USC) went to the streets on Saturday afternoon to visit historical landmarks and interview individuals for insights on the fifth annual Kabataan, Kultura ug Kabilin (KKK).

Madelaine Te, a 17-year-old Psychology major, said in an interview the half-day activity would allow her and other participants to learn more about the Cebuano culture. “I want to learn more about Cebu and its culture so I have something to share with other people,” said Te.

Florencio Moreño II, curator of Casa Gorordo and one of the KKK facilitators, said the activity will expose the youth to various heritage sites in Cebu.

Students are also expected to coalesce their learnings in school to the the heritage tour.

“We hope to make them appreciate and understand the value of heritage sites and get their support in protecting them,” said Moreño.

The activity kicked off a series of heritage visits for four consecutive Saturdays this month.

By the end of September, Moreño said they are expecting around 2,000 students to join the tour.

KKK is an initiative of Ramon Aboitiz Foundation Inc. under its Culture and Heritage focus area, together with the USC Department of Anthropology and History. /CORRESPONDENT APPLE TA-AS 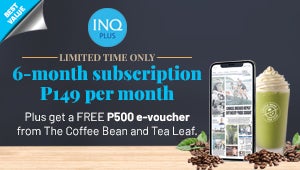