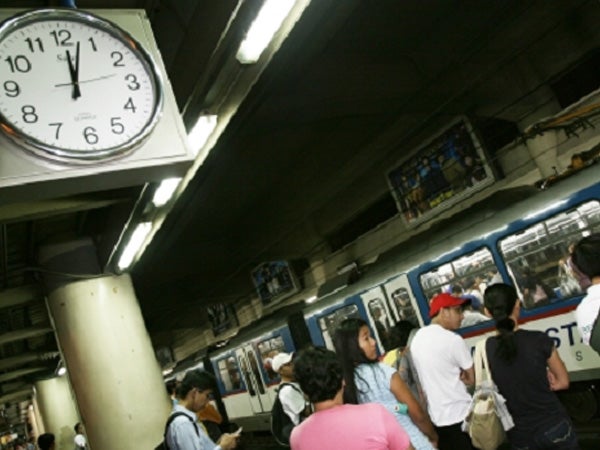 MANILA, Philippines – A crack was found at a portion of the North Avenue-Shaw Boulevard line of the Metro Rail Transit Friday, forcing authorities to suspend operations briefly before resuming again following emergency repairs.

Renato Ato, MRT director for operations, said the trains from stations North Avenue to Shaw Boulevard were forced to stop at about 2 p.m. when the signaling system detected an “anomaly” on the tracks but further check revealed that there was a crack.

“As a safety measure, trains were ordered to stop at the nearest station to repair North Avenue to Shaw Boulevard,” Ato said.

He said they placed a fish plate and C-clamp on the affected portion as part of emergency repairs.