Lawyers, docs: We’ll look like restaurants with menus on wall 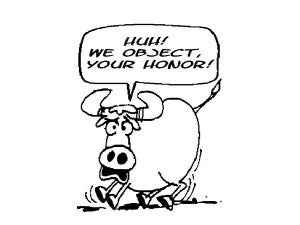 Posting the rates that lawyers charge in their offices for the public to see amounts to self-promotion and goes against the rules of the Integrated Bar of the Philippines (IBP), the head of the group on Wednesday said.

The Philippine Medical Association (PMA) also expressed concern about a Bureau of Internal Revenue (BIR) plan requiring doctors and other professionals to prominently display their fees in their offices, saying clinics “will look like restaurants with menus outside.”

Not selling in market

“We welcome that but there is no universal fee for all patients. Also, I don’t see this as a solution. Does it mean that once you post it, you’ll be paying the right taxes?” said Oscar Tinio, chair of the PMA committee on BIR affairs.

Tinio said the BIR plan “should be discussed further to come out with the system (for its enforcement).”

IBP national president Vicente Joyas said his group would contest the legality of the BIR plan ordering lawyers, doctors and other professionals to prominently display their fees in their offices.

“If the BIR will push for the implementation of that plan, definitely we will be filing a case in court to question its legality,” Joyas said in a phone interview.

Joyas, who is based in Lucena City, said “a lawyer is offering a legal service and not selling goods in the market.”

He said all lawyers are not allowed to advertise under the IBP rules and by-laws.

Informing the public of the cost of the lawyer’s professional fee by posting it on his office door or elsewhere was tantamount to self-promotion and advertisement.

“That lawyer will be bombarded with disbarment cases, which will be filed by his colleagues,” said the IBP president.

In addition, he said an erring lawyer would face administrative charges.

Joyas said he had been receiving queries from IBP members from all over the country wanting to question the legality of the BIR plan.

“My mobile phones have been ringing nonstop from IBP members regarding this BIR plan,” he told the Inquirer.

He said the IBP was preparing an official statement on the matter.

On Tuesday, BIR Commissioner Kim Henares announced that the bureau was preparing a memorandum circular requiring doctors, lawyers and other professionals to prominently post their rates in their clinics or offices.

Henares said the directive was aimed at promoting transparency and discouraging tax evasion among self-employed professionals, which she described as a sector notorious for its tax evaders.

However, those who are registered with the BIR are suspected to be significantly underdeclaring their incomes.

The BIR earlier released a report showing that the average annual tax payment by self-employed professionals was less than P6,000 each.

The BIR believes that an average self-employed professional should be paying at least P100,000 in annual taxes.

Tinio said he doubted whether requiring doctors to post their rates in their clinics and offices would solve the problem of tax evasion among their ranks.

The PMA official said the group welcomed Henares’ announcement that doctors and other professionals would soon be required to post their rates but added that it should be discussed further to make sure it would work.

He said that while an ordinary consultation with doctors would cost around P300, there was no universal fee for consultations because some doctors were using instruments to find out what was ailing the patient.

“So, will there be instrument fees? It would look like they don’t trust doctors,” Tinio said.

He also asked whether doctors should now be required to declare their free services like medical missions.

“They see what we earn but they do not see what we don’t earn from the services that we render to poor patients,” Tinio said.

BIR to require doctors to post rates in clinics