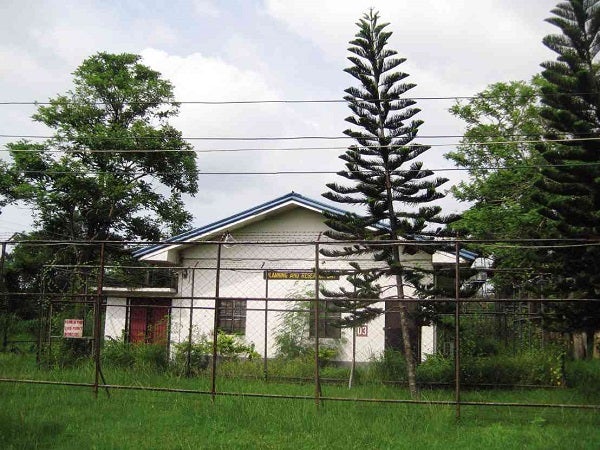 Janet Lim-Napoles will be on the move again, this time to Laguna province.

Judge Elmo Alameda issued the four-page ruling after the legal counsel of Napoles, Lorna Kapunan, had convinced the court there was a “clear danger to her life.”

Justice Secretary Leila de Lima justified the special security arrangements for Napoles, saying various groups or people were after the businesswoman and that security concerns with regard to her were “legitimate.”

De Lima said it was not only powerful and wealthy personalities involved in the alleged P10-billion pork scam who want to “silence” Napoles. She said other groups that want to put the Aquino administration in a bad light might also be after her.

Under tight security, Napoles was transferred to Makati City jail from the custodial center at the Philippine National Police headquarters in Camp Crame in Quezon City late Thursday night.

An airconditioned room, separate from the cells of ordinary prisoners, served as her special detention facility in the Makati jail.

Napoles,  the alleged brains behind the massive embezzlement of congressional pork barrel funds , was brought to the Makati jail Thursday night from Camp Crame where she was held in custody following her surrender to President Benigno Aquino Wednesday night.

But the Inquirer has learned that the wife of the head of the Philippine National Police Academy (PNPA) is an incorporator of Ventures Investigative and Security Services Inc., the security agency of Napoles’ husband, Jimmy, the documents of the Securities and Exchange Commission (SEC) showed.

The SEC information sheets showed that Annalou P. Constantino is an incorporator of Ventures Investigative and Security Services Inc.

To support her argument for Napoles’ transfer, lawyer Lorna Kapunan presented before the court the Makati jail warden, Chief Inspector Fermin Enriquez, who admitted that the facility “could not guarantee the safety, 24/7” of Napoles.

Enriquez said the jail did not have enough personnel to secure such a “high-profile” suspect.

The warden noted that during Napoles’ transfer to the Makati jail on Thursday night, the facility’s 65 organic personnel had to be augmented by more than 50 personnel from the Bureau of Jail Management and Penology (BJMP) headquarters and the PNP.

The ideal ratio of one jail guard to seven inmates could not be met, with 545 detainees at the jail, 104 at the female dormitory alone, Enriquez said.

Kapunan also argued that Napoles is still a suspect and should not be locked up in a penal facility.

“Aside from the insufficient security in the Makati City Jail, it is a penal institution. It’s only for convicted felons,” she said.

“That [Napoles’ detention in Makati] is a human rights violation. She is psychologically breaking down,” Kapunan said.

Alameda agreed that based on Enriquez’s testimony, “without [the] additional personnel … which entails additional expenses for their maintenance,” the regular security personnel of the jail could not secure Napoles “given the number of visitors who are expected to visit her in the coming days,” including the media and high-ranking government officials.

Kapunan also called to the witness stand Senior Superintendent Roberto Fajardo of the Criminal Investigation and Detection Group-National Capital Region who was the lead escort when Napoles was transferred from Camp Crame to Makati City Jail on Thursday night.

Asked what security risks he thought Napoles was facing in jail, Fajardo said: “From what I know, since [Napoles] will be implicating a lot of higher officials, the threat is very real.”

It was Fajardo who recommended Fort Sto. Domingo, prompted by Kapunan who asked what he would suggest as an alternate detention facility.

Fajardo guaranteed the camp was very secure as it was also the site of a training school for the PNP Special Action Force.

Following Fajardo’s suggestion, Kapunan told the court to allow Napoles’ lawyers to “verbally modify” their request for transfer to add the Laguna facility to the jail options, which originally only listed Camp Bagong Diwa and Camp Crame.

Enriquez also gave his recommendation for the Laguna facility.

The prosecution, which initially expressed apprehension about travel time and security en route during hearings, eventually gave up protesting “as long as [Napoles] could be brought [to the Makati court] safely” for the hearings.

The court sheriff has served copies of the court order for the transfer to PNP Director General Alan Purisima, Fajardo and Enriquez, and to the Fort Sto. Domingo camp commander.

Napoles and her brother, Reynald Lim, are facing serious illegal detention charges in Alameda’s sala, based on accusations made by Napoles’ cousin and former employee, Benhur Luy. Napoles is also alleged to be the mastermind of  the P10-billion pork barrel scam, of which Luy is the primary whistle-blower.

Napoles went into hiding after Alameda ordered her arrested on  August 14. She surrendered to Aquino on Wednesday night, was turned over to the PNP at Camp Crame in Quezon City, and detained in an office at  Makati City Jail late Thursday.

“Even if these (threats) have not been validated, I think we can give these allegations the benefit of the doubt. We can give these some preliminary merit because it is possible that other people would be [linked to the scam], they would think of something bad,” De Lima said in an interview.

“Common sense and logic tell us that given her very status now as the hottest figure  in the country. It’s not farfetched that various groups would become interested for their own selfish partisan agenda and we would have chaos,” she said.

De Lima said she had instructed the National Bureau of Investigation to work with the police in verifying the security threats against Napoles.

She noted that Napoles’ petition asking to be transferred from  Makati City Jail claimed that “she’s in grave, imminent and real danger.”

“She has been receiving death threats. There’s credible information indicating that there are people who want to silence her,” Napoles said, reading from Napoles’ petition.

Explaining to the media the security risks that Napoles was facing inside the Makati jail, Kapunan said: “It’s really possible for anyone with any intention to silence Mrs. Napoles to just pose as family. The warden also said there had been riots two weeks ago, and public rallies outside. It’s not far it can also happen inside.

“We also told the court: Why would you waste government resources just to watch over her when she can be transferred to a safer facility?” Kapunan told reporters after yesterday’s hearing.

“We hope [Napoles] is not still detained [at  Makati City Jail] by Saturday and Sunday,” Kapunan said.

“We want her to be alive to face the charges…or to be able to give testimony, evidence, additional strengthening to the government’s case on the anti-corruption issue,” Roxas said.

Two motions for inhibition filed against Alameda—separately filed by Napoles and Lim’s counsels—were also discussed during Friday’s hearing, but have only been submitted for resolution by the court. With reports from Nancy C. Carvajal and Philip C. Tubeza, Philippine Daily Inquirer, Kristine Angeli Sabillo, INQUIRER.net

Napoles asks court to pull her out of Makati City jail