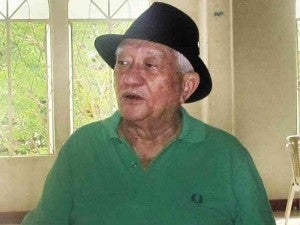 GUBAT, Sorsogon – A congressman here has included burials in his pork barrel menu.

According to the Department of Budget and Management’s (DBM) website, Representative Deogracias Ramos Jr., a member of the ruling Liberal Party (LP), used P6.1 million of public funds for social services in the nine-town second district of Sorsogon.

The DBM said Gubat, Ramos’ hometown, got the biggest slice of the pie—P1.5 million.

Ramos, reached for comment, insisted that the fund went directly to the beneficiary local government units and did not pass through his hands.

Ramos said his pork went directly to mayors and barangay officials in his district and were spent on constituents’ needs, which included burials.

Ramos said that a portion of his pork was spent by mayors to pay for the needs of constituents, like food and transportation. The pork funds had been divided to cover expenses for food, transportation and medical needs, he said.

He said that the P30,000 in burial assistance that was listed as expenses from his pork is also part of allotments made by mayors.

The total amount of pork that the budget department released in January to Ramos reached P35 million.

The LP legislator’s pork was also spent on projects for the Philippine General Hospital and East Avenue Medical Center, two medical institutions that are hundreds of kilometers away from Ramos’ district, for poor patients and medical equipment.

Ramos’ pork was also spent on livelihood projects for farmers implemented by the Department of Agriculture, scholarship programs at the Bicol University campus in Gubat and some infrastructure projects.