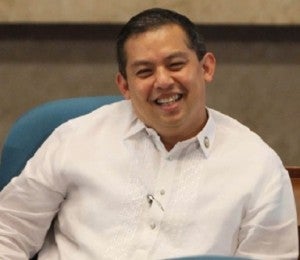 MANILA, Philippines—In the House of Representatives, Leyte Rep. Ferdinand Martin Romualdez of the “independent” bloc said all pork and chair Grace Pulido-Tan of the Commission on Audit (COA) must go.

“Out of delicadeza (propriety), I think she (Tan) should resign,” Romualdez told reporters, citing errors in a COA report of the PDAF from 2007 to 2009, such as  the data  that former Compostela Valley Rep. Manuel “Way Kurat” Zamora got P3 billion in pork barrel.

“Otherwise, you know doing that to an institution like Congress basically brings irreparable damage, if not just to the institution, but unto herself, her credibility no less,” he said.

Romualdez’s bloc is set to introduce a resolution seeking to junk all forms of pork barrel, not just the PDAF, in the entire national budget.

“We don’t intend to reshape it, rename it, give it a new deodorized appearance because our people will no longer countenance that,” said Buhay Rep. Lito Atienza, who attended the Million People March against pork barrel in Luneta on Monday.

Three days before the big rally, the President announced that he was “abolishing” PDAF, a move seen by protesters as an effort to temper the impact of the upcoming mass action.

But it turned out that the President intended to keep the PDAF allocation, albeit with no label anymore, under a “new mechanism” of line-item budgeting.