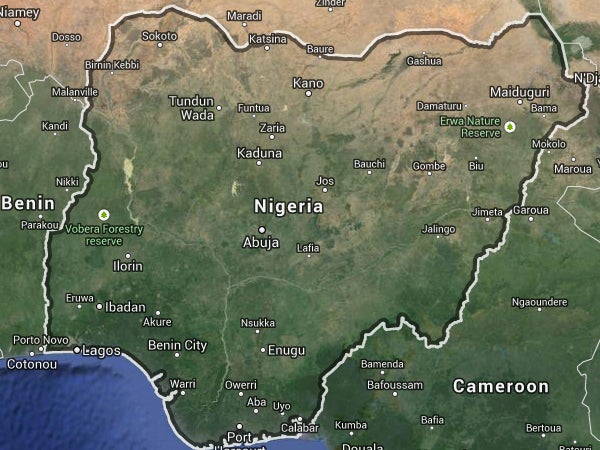 LAGOS, Nigeria – A young teenager dashed across a runway at a Nigerian airport, hid in the wheel well of a jet and survived a 35-minute domestic flight, the airline and aviation authorities said Sunday.

Passengers and crew had alerted the pilots that a boy was seen running to the plane as it was taxiing to take off Saturday from southern Benin City, Arik Airline spokesman Ola Adebanji said. The pilots alerted the country’s aviation agency, he said.

The incident highlighted the growing concerns about airport security in Nigeria, which is fighting an Islamic uprising mainly contained in the northeast of the country, where there is a state of emergency.

“We are worried by the incessant security lapses at our airports,” Arik Airline managing director Chris Ndulue said.

The West African country also has a history of major aviation disasters and security challenges.

Despite the possible presence of the boy, the pilots opted to continue with their takeoff, Federal Aviation Agency of Nigeria spokesman Yakubu Dati said.

“Immediately upon the departure of the aircraft, FAAN’s security did another sweep of the area and found nothing unusual,” Dati said.

When the plane arrived in Lagos, Nigeria’s commercial capital, a boy aged 13 or 14 jumped to the ground from the wheel and was detained by Arik personnel, Adebanji said. He said the teenager probably survived because the flight was short and the plane probably didn’t rise above 25,000 feet (7,620 meters).

Most stowaways don’t survive. The body of a suspected stowaway fell from an Air France plane over Niger, also in West Africa, in July and was discovered lifeless in a western suburb of the capital, Niamey, officials said. The plane was coming from Burkina Faso’s capital, Ouagadougou, and was scheduled to continue to Paris.

In September 2012, a man’s body landed in a street in southwest London. He was eventually identified as Jose Matada, 26, of Mozambique, who an employer said had expressed an interest in moving to Europe for a better life. Police thought at first he was a murder victim, but soon determined his lifeless body had fallen from a plane preparing to land at nearby Heathrow Airport.

Last year, Nigeria gained a coveted U.S. safety status that allows its domestic carriers to fly directly to the U.S.