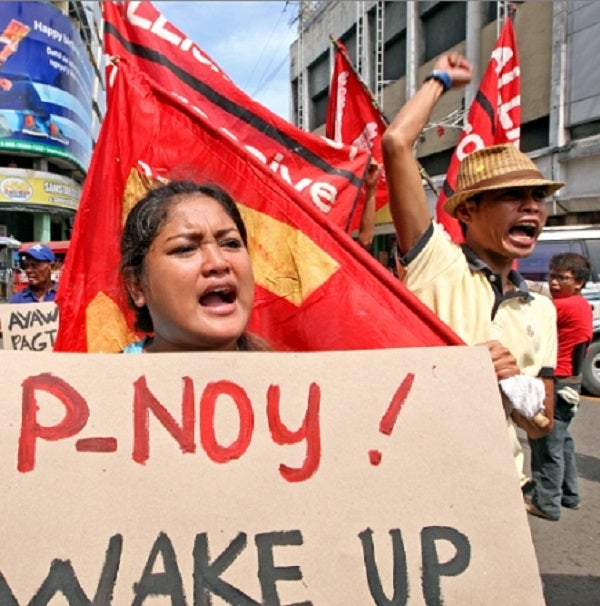 CEBU CITY, Philippines—The announcement of President Benigno Aquino about the abolition of congressional pork barrel funds will not stop Monday’s indignation rally in Cebu and Bacolod City over the misuse by legislators of taxpayers’ money.

The Negrosanons Kontra Korapsyon will push through with the “Tipon Tipon sa Lagoon” set for 9 a.m. on Monday in front of the provincial Capitol building in Bacolod City, capital of Negros Occidental.

But in Cebu, instead of the activity being called a protest march, it will known as “the people’s victory march,” said human rights lawyer Democrito Barcenas.

“What is there to protest against when the President has removed the pork barrel already? Let’s convert that into a people’s victory march,” said Barcenas.

“I believe that the leadership changed its decision because they were pressured by the strong clamor from the people,” he said in Cebuano.

Raymund Javellana, president of the Alliance of Negrense Tourism Stakeholders, said their rally in Bacolod will proceed as planned because “the  pork barrel may be scrapped and introduced (again) under a different name.”

“We should now demand for transparency and accountability in the allocation and use of these funds to various projects of different agencies and create a body to monitor these closely,” he said.

Diego Malacad, secretary general  of the United Negros Drivers Operators Center, said they will proceed with the mass action on Monday.

Barcenas said he admired the President for listening to the sentiments of the people.

The activity in Cebu will start at 8 a.m. from Fuente Osmeña to Plaza Independencia in downtown Cebu City.

A Mass to call for discernment of political corruption is also scheduled at the Cebu Metropolitan Cathedral at 8 a.m.

According to a press statement issued by Msgr. Romualdo Kintanar, convenor of the Archdiocesan Discernment Group, the archdiocese of Cebu joined the call of Luis Antonio Cardinal Tagle for a through investigation of the pork barrel scam and the punishment of the culprits.

“The Mass is an opportunity for everyone to get spiritually strengthened and nourished to bring Christ’s wisdom and love especially to the financial aspect of political governance,” Kintanar said in the statement.

Kintanar asked the participants to bring their neighbors, friends, classmates and co-workers to the Mass.