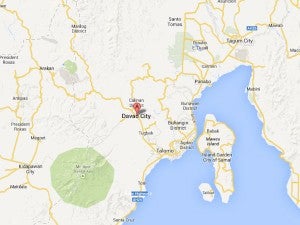 DAVAO CITY, Philippines—A fire razed over 200 houses as it raged for two-and-a-half hours in a crowded beachfront settlement in Barangay (village) Sasa here on Thursday morning.

Sasa barangay councilman Boy Tecson said the fire, which started about 8 a.m., was contained at 10:35 a.m. as firetrucks had difficulty navigating the narrow and crowded streets in the area.

Barangay officials estimated the damage to have reached P1.5 million but city officials were still trying to assess the number of families affected.