Names of ‘pork’ fund beneficiaries taken from list of board, bar passers–COA 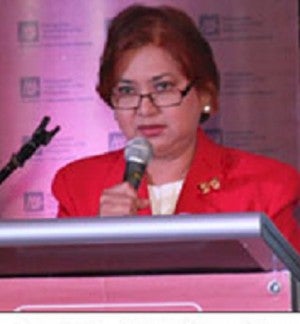 MANILA, Philippines – The names of beneficiaries of the 82 nongovernment organizations that received money from the pork barrel fund were actually taken from the list of board and bar passers, the Commission on Audit said Friday.

In a special report released on Friday, COA Chairperson Gracia Pulido-Tan said in a press forum that a special audit showed a number of questionable transactions, including faking the name of beneficiaries of the “projects” of the NGOs.

“Based on some of the NGOs’ liquidations, many of the listed beneficiaries were false. We were able to compare the list and we found that most names were lifted from the list of board and bar passers,” Tan said.

She said after the state auditors went to the addresses of the supposed project beneficiaries, all denied receiving any assistance. The list even included deceased persons and people who were not residents of the area where the NGOs were registered.

The audit report of the Priority Development Assistance Fund (PDAF) from 2007 to 2009 also showed that the names of supposed beneficiaries were listed a number of times as participants of the same training activities.

As COA reviewed the reports submitted by the NGOs, the purported beneficiaries attended the so-called livelihood seminars 15 times and were given multiple numbers of training kits.

Tan pointed out that the procurement of alleged goods and service of NGOs aggregating to billions of pesos were not made through public hearing. They even made use of P123 million from the PDAF for the salaries and other administrative expenses of their personnel.

The audit commission also discovered questionable receipts from some NGOs that operate without business permits.

“Most of the NGOs were being managed and owned by the same persons. Many suppliers, too, are the same for most of them. They have favorite suppliers,” Tan disclosed.

Whistle-blower Benhur K. Luy was an incorporator in several NGOs, according to the report.

In an effort to provide a comprehensive report on NGOs share in the PDAF, Tan said they asked for the listed suppliers’ confirmation and some of them denied dealing with the NGOs.

But some of the suppliers confirmed and even showed receipts of their transactions with the organizations. However, the NGOs declared in their liquidations that they spent hundreds of thousands or even millions of pesos in buying “mostly agricultural” products contrary to the receipts the suppliers presented which only amounted to just over P10,000.

Tan added that the procurement of alleged goods and services of the NGOs aggregating to billions of pesos were not made through public bidding.

Further investigation by COA revealed that the 82 NGOs, which spent P6.15 billion on 772 projects, were “either unknown or cannot be located at their given addresses, or have given non-existent address, or addresses traced in a mere shanty, or in high-end residential units without any NGO signage, or submitted questionable documents, or failed to liquidate or fully document utilization of funds.”

Meanwhile, six lawmakers authorized their kin to receive on behalf of the NGOs their PDAF allocations, according to the COA report.

One of them was Malabon-Navotas congressman Federico Sandoval II, who served at the House of Representative from 1998 to 2001, using his sister-in-law Jeannie Sandoval to receive the funds for Pamamalakaya Foundation Inc.