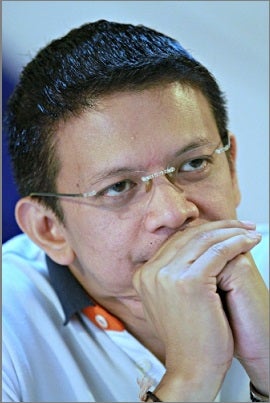 MANILA, Philippines – Senator Francis Escudero has filed a bill on Wednesday that seeks to expand the protection of witnesses and whistleblowers who expose graft and corruption and other violations of the law.

“We are expanding the right of the whistleblower to choose which agency he wants to be admitted, which agency is he more comfortable with. The current witness protection law only empowers the Department of Justice (DOJ) to implement the program,” Escudero said on the filing of Senate Bill no. 425.

Under the bill, a Whistleblower Council would be created and which will be headed by the Office of the Solicitor General. The other agencies that will be part of the council are the DOJ, Office of the Ombudsman, Commission on Human Rights, and the Public Attorney’s Office.

The Senate and the House of Representatives will also be empowered to create their own whistleblower’s program to protect witnesses who would like to appear before the senators or congressmen.

“We want to protect government informants even before they take the witness stand. This bill bestows a set of safeguards and benefits for witnesses aside from those provided under our existing law on such program,” Escudero said.

The bill frees whistleblowers from administrative, civil and criminal liabilities that may arise from their disclosure of evidence. This protection however will be void if the whistleblower gave false information.

Whistleblowers will also receive an allowance and monetary reward for disclosing the information they have.

“By strengthening the protection of the citizen whose testimony is necessary and indispensable for the successful prosecution of a case, we also strengthen accountability and reduce corruption in the public and private sectors,” Escudero said.