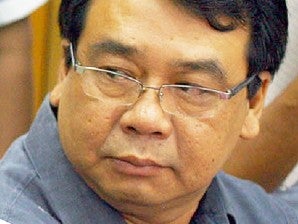 MANILA, Philippines — Lawmakers are concerned over the Malampaya funds, which they said are outside the budgetary scrutiny of Congress.

“We noticed that DOE had a P1.2 billion budget in 2012 but actual obligated funds have amounted to P1.7 billion. In 2013, they have funding worth P3.2 billion, this was adjusted midyear and their obligated funds are now P4.3 billion. They went over their regular budget, where did the money come from?” he asked.

“This could have come from the Malampaya funds. I believe this is Presidential pork. The total funds generated by the Malampaya is now P173 billion, and P38.8 billion out of this has been spent,” Colmenares said.

The Malampaya funds were not part of the budget proposals that pass through Congress and the Bayan Muna lawmaker said that “apparently, this is good pork and some people are holding on to it. This is outside the budgetary scrutiny of Congress.”

He lambasted that the funds from the Malampaya did not even go to fund energy-related projects.

“It will take a lot of research to find out where the Malampaya funds went,” said the member of the minority bloc.

Minority leader Ronaldo Zamora said that the issue they had with lump sum amounts was that “all sorts of abuses can come in if nobody exerts any kind of overview or review of its functions.”

The fact that there were already scandals on the government’s budget should already cause alarm within its ranks, Zamora said.

“This should serve as a warning. Congress should have a say in all funds,” the House leader said.