Lawmaker to give DND ‘zero budget’ for bombings 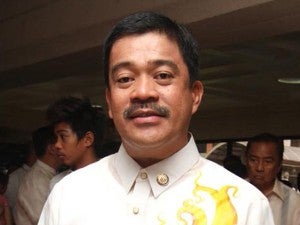 DAVAO CITY, Philippines—Bayan Muna party-list Rep. Carlos Isagani Zarate on Saturday said he would move for a “zero budget” for the Department of National Defense if evidence would show that it was involved in the series of bombings that have been taking place in Mindanao.

The latest explosion took place in Upi town in Maguindanao on Saturday, forcing authorities to shut down the Cotabato-Lebak Highway for several hours.

Zarate said he was “suspiciously disturbed” by the timing of the bombings because these followed the Aug. 2 warning issued by the US Department of State on possible terrorist threats coming from al-Qaida and its network against US interests in the Middle East and North Africa.

He said the linking of Muslim terrorists to the attacks was not without basis but also feared that these could be used by government security forces against Moro communities in Mindanao, especially those near suspected terrorist lairs.

Zarate said he wanted the bombings investigated by an independent body, similar to the Mindanao Truth Commission (MTC).

The MTC is a civilian-led group that for 10 months investigated the bombings in Davao City and other parts of Mindanao in 2003.

Zarate recalled that the MTC investigated the 2003 bombings and unearthed classified documents that seemed to link former Defense Secretary Angelo Reyes to the bombings.

Zarate said the bombings “led to the rounding up and detention of innocent Moro civilians and heightened military operations in Moro communities.”