Ex-AFP chief: I tell you her wealth didn’t come from coal 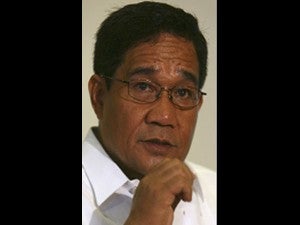 A former chief of staff of the Armed Forces of the Philippines on Wednesday unequivocally debunked a claim by Janet Lim-Napoles, the alleged mastermind behind the P10-billion pork barrel scam, that her fabulous mansions, hotels, luxury condos, exotic cars and loaded bank accounts came from coal trading.

“I have been reading a lot about Napoles’ wealth and I can tell you it did not come from coal trading. I know it came from somewhere else and just like everyone, I’d also like to find out the truth behind all these things,” retired Gen. Hermogenes C. Esperon Jr., former AFP chief, said in a phone interview.

Securities and Exchange Commission (SEC) records showed that the company had a paid-up capital of P3.125 million.

Esperon said that he and his fellow retired generals—former AFP Chief of Staff Gen. Efren L. Abu, former Army Vice Cmdr. Ricardo Brillantes, former Army Cmdr. Rodolfo Alvarado—who controlled a combined 40 percent of AStar Power—“moved on” from the coal venture a few months after it was incorporated in March 15, 2011, because the Napoles family could not come up with their commitment to put up $7.5 million to kick-start the coal business.

In an interview with ABS-CBN News’ Korina Sanchez on July 23, Napoles, her husband and two children, James and Jo-Christine, explained that the family’s wealth came from “a successful business in coal export and trade to China, India and Pakistan, and other (countries) since the 1990s.”

Sanchez interviewed “a longtime business partner (of the Napoleses) who flew in to testify to the legitimacy of the Napoles family business.”

The unidentified business partner said: “In 1998, we grew together up to right now. Now we have become bigger. In Jakarta, we have property, around 650 hectares.”

Esperon said Jaime Napoles was only pretending to be knowledgeable when he claimed that he knew more than him and the other generals in coal mining.

Esperon said that he decided to join the coal venture being planned by his fellow generals and Napoles a few months after losing his bid for the seat of the sixth district of Pangasinan in the House of Representatives in the May 2010 elections.

He said his group of generals knew Jaime Napoles (one of the rebels in the 1989 coup d’etat) as a major in the Marines and he volunteered to put up the bulk of the money for the venture.

Esperon said he broached a business plan for coal trading with an eye on the coal-rich Kalimantan region of Indonesia where Alvarado (a classmate of Indonesian President Susilo Bambang Yudhoyono in the United States Army Command and General Staff College) and Brillantes had been working as mining prospectors since 2008.

“We really targeted trading coal in that country and in the Philippines. We attended a seminar on coal in Singapore (before starting the company) and we went to the Kalimantan mines to look for partners or suppliers,” Esperon said.

One of the whistle-blowers in the pork barrel scam, Merlina P. Suñas, a former employee of Napoles, also told the Inquirer that the Napoleses “do not know anything about coal.”

Suñas, who said it was she who registered dummy NGOs with the SEC for Napoles, said the family’s “goal was to go into a high-profile business from the money they made out of their real business.”

“We were all sweaty and our feet got muddied. Major Napoles came with us (the former generals) only once during this mining visits,” Esperon said.

They finalized their plan at the end of 2010, he said.

Esperon said that after his group secured both a supplier and buyer for coal (his group had already made tests on their coal for the initial delivery), they were frustrated that the Napoles camp could not come up with their end of the deal.

“It was difficult to get them to cough up their end of the deal, but there was no money for the operations. We were spending our own money in securing these potential contracts. I really worked hard in the company but they were not willing to take the risks. By July, all of us (former generals) resigned,” Esperon said.

The Inquirer tried to find out on Wednesday why Esperon and the other retired generals continued to be listed as part of AStar Power two years after their departure, but Napoles’ lawyer, Lorna Kapunan, did not reply to the paper’s question.

Esperon’s withdrawal from AStar Power has left former Surigao del Sur Rep. Prospero Pichay as the only high-profile investment partner of Napoles in the company.

Pichay has steadfastly defended Napoles in the face of the public outcry against the pork barrel scam and her family’s display of wealth.

Pichay is a major stockholder of Asia Prime Energy Development Corp., which claims to be an importer of power-related equipment, where Napoles’ husband, Jaime, served as chair and CEO.

“It has nothing to do with the PDAF (Priority Development Assistance Fund). I’m surprised my name and company have been dragged into that when it’s purely a private business. It could be a case of malicious reporting,” Pichay said.

Pichay was kicked out as chair of the Local Water Utilities Administration (LWUA) in 2011 after administrative and criminal charges were filed against him for allegedly putting some P780 million in office funds into an insolvent bank owned by plastics king William Gatchalian in 2008 and 2009.

He claimed that the Napoles family had long been involved in coal mining in Indonesia.

On its website, AStar Power described itself as a “global organization” focused on coal sourcing, financing and logistics. It claimed to have operations in open-pit mines, jetty and crushing operations, logistics and financial research.

AStar Power also claimed to have “signed agreements with several mines in Indonesia in order to establish joint ventures and other creative production methodologies.”

The firm was apparently banking on Esperon and the other retired generals to gain instant credibility.

“The company counts as directors a blend of the most experienced and top-level former government officials with multidisciplinary backgrounds in international relations, public service and governance, defense and security, financing, logistics and engineering,” AStar Power said on its website.

“The synergy of talents and resources in the company is all geared toward prompt and sustained delivery of quality coal from Indonesia to the Philippines and East Asia, at the most competitive cost. AStar Power aims to be innovative at all levels of the coal trading chain and will always look forward to being your long-term partner,” the company said.

On the same website, Jaime Napoles is also identified as chair of the JLN Corp., “a diversified commercial company engaged in real estate development, hotel and restaurant operations, importer supplier of commercial and information technology and manufacturer of various agricultural chemicals and farm inputs.”