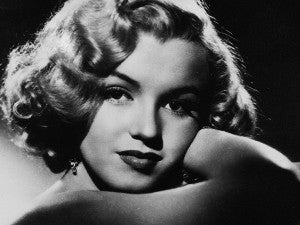 LOS ANGELES – Marilyn Monroe, who notoriously had an affair with John F. Kennedy, apparently believed she was going to marry the president, even phoning the White House to tell his wife.

The story, reported in a new book out Tuesday by journalist Christopher Andersen, asserts that Jackie Kennedy even told Monroe that the screen siren was welcome to take over her role as first lady.

“And you’ll move into the White House and you’ll assume the responsibilities of first lady, and I’ll move out and you’ll have all the problems,” she reportedly told Monroe.

The incident is just one layer of the complex marriage in the year before the president was assassinated, according to the new account.

The book chronicles how Jackie begged to stay by her husband even in the face of a nuclear strike, how the couple withstood the death of their newborn son Patrick, as well as how they weathered JFK’s many extramarital affairs.

It aims to answer whether the pair, 33 and 46 when JFK was killed, who captured the hearts of the nation, truly loved one another.

According to Andersen’s research, Jackie was well aware of her husband’s many infidelities, but was only upset over Marilyn – not because of the affair, itself, but because the first lady feared the scandal set her up for public ridicule.

And when the Cuban Missile Crisis was brewing in 1962 amid rising Cold War tensions, Jackie protested plans to send her and the children to shelter away from Washington in the event of a nuclear attack.

“Please don’t send me anywhere if anything happens, we’re all going to stay right here with you,” she said.

“I want to die with you, and the children do too — rather than live without you.”

“These Precious Few Days: The Final Year of Jack with Jackie,” also recounts how the couple mourned their third child, Patrick Bouvier, who died two days after being born on August 7, 1963.

“The president returned to the vacant room upstairs, closed the door behind him, sat on the edge of the bed, and wept,” Andersen reports.

“But when Jack walked in the door of her hospital room, they broke down together: ‘Oh, Jack, oh, Jack’, she sobbed. ‘There’s only one thing I could not bear now – if I ever lost you.'”

Just months later, on November 22, 1963, she did lose him – when gunman Lee Harvey Oswald assassinated the president in Texas.

“The ultimate question remains: On that day in Dallas fifty years ago when Jack was shot to death with Jackie at his side, did they truly love each other?” Andersen asks.

“After the affairs, the humiliations, the triumphs, and tragedies both known and unknown to the public, had they finally come together?” the author asks in his preface to the 336-page book, published by Simon and Schuster.