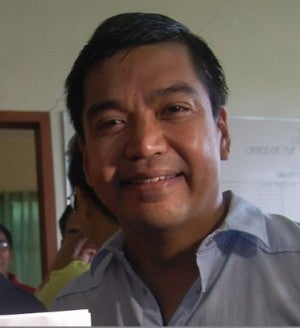 Villafuerte’s camp has filed an urgent plea to the Sandiganbayan to avert his imminent detention over the questionable purchase of P20 million worth of fuel from a single proprietor without a public bidding. Villafuerte did not reply to the Philippine Daily Inquirer’s calls for interview.

In a joint decision dated June 24, Ombudsman Conchita Carpio Morales approved the recommendation of the Ombudsman Graft Investigation and Prosecution Officer I Blesilda T. Ouano to prosecute Villafuerte and Jeffrey Lo, owner of the Naga Petron Fuel Express Zone in Naga City, for violation of Republic Act No. 3019, or the Anti-Graft Law.

“Public respondent Villafuerte, Jr. was not at liberty to ignore the almost pre-emptory competitive public bidding requirement mandated by R.A. 9184 in the matter of the procurement or purchase of the P20 million fuel needs of his province. Neither could he successfully claim that such direct purchase or procurement without competitive public bidding was authorized either by an unnamed `department order’ or by traditional practice,” said Ouano.

The case stemmed from a complaint of Carlos Batalla, a former provincial board member of the Camarines Sur, and endorsed by the late Interior and Local Government Secretary Jesse Robredo.

Batalla accused Villafuerte, Jr. and Lo of conspiring to purchase fuel for the provincial capitol from January 22 and April 7, 2010 (during the third and final term of Villafuerte as governor) without a public bidding. Villafuerte was soundly beaten by re-elected Camarines Sur Rep. Diosdado Arroyo in the last elections.

Batalla also accused the two of continuing the purchase of more fuel even though the first batch of fuel had not yet been consumed by the provincial capitol.

Villafuerte argued it was impractical to hold a public bidding for a commodity which had uniform prices and that the unused fuel were being kept as reserve by his government.  But Ouano dismissed Villafuerte’s claim as “lame justification for his irregular acts.”

Villafuerte’s legal counsel has filed a motion to dismiss for lack of merit the three graft complaints filed by the Ombudsman Conchita Carpio Morales with the Sandiganbayan Fifth Division, the same court which enforced last Monday the arrest warrant without bail for Dimaporo who was charged for diverting P5 million worth of fertilizer to a non-government organization, which he controlled in 2004. This was part of the P728 million fertilizer fund scam allegedly engineered by former Agriculture Undersecretary Jocelyn “Joc-Joc” Bolante to divert taxpayers’ money meant for farm inputs to the campaign fund of former President Gloria Macapagal-Arroyo.

Villafuerte’s counsel has appealed to the Sandiganbayan to put on hold the arrest warrant until the court rules on the determination of probable cause and the Ombudsman acts on the former governor’s motion for reconsideration with finality.