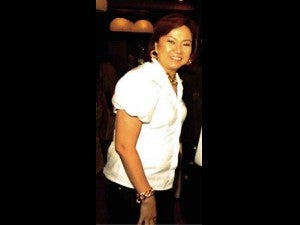 Janet Lim-Napoles had more than P500 million in a savings and loan cooperative of members of the Philippine Air Force (PAF) deposits under her name, her husband, children and employees allegedly running dummy nongovernment organizations (NGO) siphoning state funds through ghost projects.

Lawyer Levi Baligod said whistle-blower Benhur Luy had the complete records of funds Napoles had amassed from profits of her bogus NGOs that were pumped into Air Materiel Wing Savings and Loan Association Inc. (AMWSLAI) through the help of the thrift association’s president and chair, Ricardo L. Nolasco Jr.

“There are questions on whether Napoles and the persons she used were eligible and whether these investments were in keeping with AMWSLAI’s limits on deposits,” Baligod said in an interview.

The Inquirer called Nolasco’s office, his personal staff and compliance officer Ronald Dominguez for comment on this report but he had not replied as of press time.

Baligod said Napoles wanted to maximize the bonanza from her fake NGOs by placing the money in a safe but high-yielding deposit account. “AMWSLAI gives up to 13-percent interest earnings, tax free,” the lawyer said.

He said that Nolasco apparently accommodated Napoles despite the fact that AMWSLAI had a P3-million limit on its deposits per individual to prevent an abuse of the funds.

Based on documents furnished by Luy, who was entrusted by Napoles to record and balance her business books, Napoles funneled a total of P510 million in deposits to AMWSLAI from Oct. 9, 2009, to April 2011.

— P55 million deposited in April 2009 in the accounts of Napoles and her children James and Jo-Christine (P10 million each); and Gertrudes Luy (P25 million).

— P100 million or P25 million each in the accounts of Jaime Napoles (Janet’s husband), William Lim, Luy and Vanessa Ajos Eman (a president of one of the Napoles’ NGOs) deposited in October 2009.

Luy’s records included the account and certificate numbers of each placement, terms of placement (between two and three years), and interest per annum (10 and 13 percent).

It could not be determined whether the funds were rolled over.

Napoles, head of JLN Corp., has accused Luy of stealing P300,000 from her company and taking out two loans amounting to P5 million from  AMWSLAI on her behalf without her authorization.

Also on Monday, Ombudsman Conchita Carpio Morales said in a statement that she had ordered the creation of a special panel to look into the misuse by seven NGOS allegedly controlled by Napoles of P200 million in funds under the Comprehensive Agrarian Reform Program (CARP) in 2007 and 2008.

Morales has also given the five-member panel the leeway to conduct a preliminary investigation and administrative adjudication of all other cases that may arise from or involve the utilization of the PDAF. She said a case buildup by her field investigation office had started even before Luy blew the whistle on the pork barrel scam.

The Ombudsman said Pangandaman, Nieto, Panlilio, Venancio and Baui have also been slapped with administrative charges for grave misconduct, conduct prejudicial to the best interest of the service, gross neglect of duty and serious dishonesty.

The 245-page complaint said Pangandaman and his coaccused granted funds for projects classified as “agri-business development,” “micro-livelihood project” or “agricultural production” to the seven NGOs in violation of the Commission on Audit circular on the release of funds to NGOs and people’s organizations.

The complaint alleged that while the NGOs said they made deliveries to projects in several municipalities in Cagayan, Pangasinan, Cavite, Dinagat Island, Surigao del Norte, Surigao del Sur, Agusan del Norte and Agusan del Sur, the listed beneficiaries denied getting anything from them.

The CARP fund scam is seen as a precursor of the P900-million Malampaya fund scam that whistle-blower Suñas claimed was concocted by Napoles, Pangandaman and Nieto in 2009 using fake NGOs that made ghost deliveries.