MANILA, Philippines — The Senate blue ribbon committee resumed its hearing on Monday on the anomalous purchase of used helicopters by the Philippine National Police even without Negros Occidental Representative Ignacio “Iggy” Arroyo. 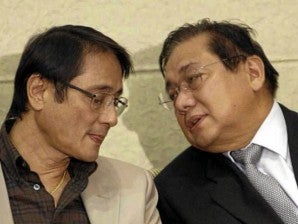 Arroyo was summoned by the committee after he denied that the used helicopters belonged to his brother, former First Gentleman Jose Miguel Arroyo, but had been only leased by the family owned LTA Inc.

Both were absent in the hearing for health reasons.

In his opening statement, Senator Teofisto Guingona n III, chairman of the committee , urged the Arroyos to face the hearing as he assured them of fair treatment from committee members.

“May I repeat that if Mr. Arroyo would come here, he can freely answer all the accusations against him. This committee assures Mr. Arroyo that he will be treated fairly,” Guingona said in Filipino.

“It is the same message that we would like to send his brother, Congressman Iggy Arroyo. We hope that the honorable congressman understands that he needs to explain and prove to the public his statements last week,” the senator said.

Guingona said the congressman could not just make a statement about his claim without explaining it to the public.

“And what pains us is that the courtesy between the Senate and Congress would be the obstacle to finding the truth behind the words of Congressman Iggy Arroyo,” he said.

“We hope the Arroyos understand that their reasons and excuses are hardly believed by our people and that they only bury themselves deeper in doubt everytime they make excuses,” he said.