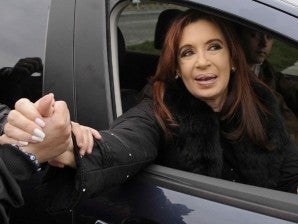 UNITED NATIONS — Argentina’s President Cristina Fernandez will be chairing a high-level Security Council meeting Tuesday on relations between the council and regional organizations that have been playing a greater role in trying to prevent conflict and restore peace.

It will mark the first time Latin American organizations will be able to share their views on the issue with the U.N.’s most powerful body, Argentina’s U.N. Ambassador Maria Cristina Perceval said at a news conference Friday.

Representatives of the Community of Latin American and Caribbean States (CELAC), the Union of South American Nations (UNASUR), the African Union and the Arab League have been invited to brief the council, along with Secretary-General Ban Ki-moon, Perceval said. Representatives of the Organization of American States, the European Union and the Association of Southeast Asian Nations will also participate.