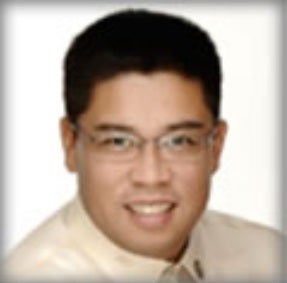 MANILA—When eating out, Filipinos must know what they are feeding their bodies.

Citing many expanding waistlines, Davao del Norte Rep. Anthony del Rosario wants to require restaurants to disclose the nutritional value of the food on their menus, in the hope that this would steer the public toward making healthier food choices.

Del Rosario has filed a bill to make the disclosure of the calorie and total fat content of the food items in restaurants and fast food chains mandatory.

Also to be disclosed are the saturated fat, cholesterol, sodium, total and complex carbohydrate, sugar, dietary fiber, and total protein content of the food items.

In his explanatory note to the measure, Del Rosario said that because of the proliferation of fast food chains and restaurants, a significant portion of the average Filipino’s diet consists of fast food. People who eat in such places tend to consume high-calorie and less healthy items.

“This is because most people are generally unaware or ill-informed of the calorie and nutritional content of the food they eat and this leads to a pattern of unhealthy eating that eventually causes obesity and a myriad health problems,” he said.

He noted that the overconsumption of food, coupled with inadequate physical activity, could lead to people being overweight or obese. These, in turn, increase their risk of acquiring chronic diseases such as heart diseases, diabetes, and hypertension.

Providing consumers specific data, such as calorie and nutrient content, on the items sold in fast food chains and restaurants could spur them to choose healthy and appropriate food items, he added.

“Mandatory disclosure and display of nutrition information for food offered on the menu and menu boards of restaurants and fast food chains will not only help minimize the health hazards that over consumption of calories and poor nutrition can cause to the public, it will also be a significant step toward achieving health consciousness among Filipinos,” he said.

Del Rosario’s bill also proposes that a fine of not less than P20,000 but not more than P100,000 be imposed against those who fail to declare the nutrition information or who provide false data.