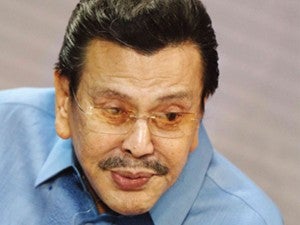 MANILA, Philippines—Manila Mayor Joseph Estrada denied on Tuesday that he would close down the six city-run hospitals and said donations would soon be coming in for additional medicine and equipment, including dialysis machines.

“Walang plano, hindi ko naisip na ipasara. Bakit ipapasara (No plan, I never thought of having them closed. Why should they be closed?)” Estrada told reporters at the Manila Police District headquarters, where around 20 assorted illegal firearms confiscated over the week and 25 bicycles donated for patrolling police were presented to him.

Estrada was asked about the letter to the editor sent by the Alliance of Health Workers and published in the Philippine Daily Inquirer expressing opposition to the plan to close some city hospitals “to save money.”

“This will negatively affect many poor patients in Manila, who rely on these hospitals for services,” AHW president Jossel Ebesate said. The letter did not indicate how he learned of the supposed plan.

There are six hospitals in Manila, one in each district, which was touted as the flagship healthcare program of the previous administration of Alfredo Lim.

“We will complete the equipment and medicine of the hospitals,” Estrada said. “Some of the equipment will be donated from different countries like the United States.”

The former President talked about a plan to set up a dialysis center for the poor. “Mahal ang dialysis (Dialysis is expensive), about P3,500 per session, we will give it free to the poor.”

Asked about his earlier statement that it was not practical for a city to maintain six hospitals, Estrada said, “Totoo yan. Pero andyan na yan eh. Bakit pa natin ipapasara? Although it’s a big burden to the expenses of the city.”

“I want to strengthen the barangay health centers. Minor sickness can be cured there,” Estrada said.