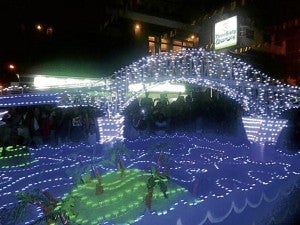 Karina Rosa Tiopes, Department of Tourism regional director for Eastern Visayas, said the P2.1 billion in tourism receipts indicated that Eastern Visayas is becoming a prime engine of growth for the region’s economy.

Last year, at least 490,470 tourists visited the region, according to Tiopes.

However, the growth in the region’s tourism industry is largely driven by domestic tourists.

Of the 490,472 tourists who visited the region last year, only 28,790 were foreigners, mostly Americans, Japanese, Europeans, Australians and Koreans, Tiopes said.

“Our tourism industry, just like in the rest of the country, remains to be a domestic-driven industry,” she said.

Tiopes said that the construction of new hotels, particularly in Tacloban which is the regional center and jump off point for tourists, indicated that positive things are happening in the tourism industry.

“They will not invest if our tourism industry is not doing well. These are businessmen who will not spend millions of pesos if they do not see any return of investments,” she added.

This year, the region is targeting more than half-a-million tourists.

Besides Tacloban, tourists usually visit diving sites in Southern Leyte and the white sand beaches in Kalanggaman in Palompon and in Canigao,