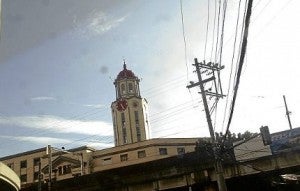 MANILA, Philippines — Will Manila City Hall’s electricity be cut off?

Vice Mayor Francisco “Isko Moreno” Domagoso expressed the possibility as the Manila Electric Co. has demanded payment for the P598-million debt incurred by the previous administration.

“In a few days, there might be no electricity at the City Hall because of the debt to Meralco,” Domagoso said in a speech at the 54th anniversary of Manila Zoo on Thursday.

Domagoso added that Mayor Joseph Estrada “is doing his best to attend to the fiscal problem.”

Estrada will negotiate with Meralco officials for a staggered payment as the electric company has demanded payment of the principal amount of P505 million. “We hope we can reach a breakthrough,” the former President said.

In a statement, Estrada said that the Meralco bill has been only one of the debts left by Alfredo Lim’s administration. “This Meralco debt is even bigger than the P242-milion left in the city coffers by Lim,” he said.

Estrada called on city offices to save on electricity without sacrificing efficient delivery of basic services, “There is no other way.  We have to tighten our belt and live within our means.”

“Why and how the previous administration has incurred these staggering debts should be a subject of open public inquiry.  In the spirit of transparency and accountability, the concerned officials must explain satisfactorily. …We have a due process to follow,” he said.