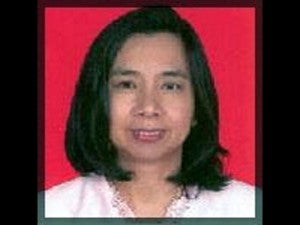 MANILA, Philippines—The Supreme Court has affirmed the constitutionality of the country’s Anti-Violence Against Women and Their Children Act, as it threw out a petition labelling it as a “husband-bashing” and “hate men” law.

In a 37-page decision released Friday, the high court, through Associate Justice Estela Perlas-Bernabe, dismissed petition filed by a certain Jesus Garcia, who said that the law, Republic Act 9262 otherwise, violated the equal protection and due process clause of the Constitution.

Garcia went to the Supreme Court after the Court of Appeals affirmed the Temporary Protection Order issued by the Bacolod City Regional Trial Court in favor of his wife.

His wife sought a TPO for herself and her minor children. She claimed to be a victim of physical abuse, emotional, psychological and economic violence due to marital infidelity. She added that her husband was also threatening to deprive her of custody of her children and financial support.

In his petition, Garcia insisted that he should be appraised of the case filed against him. He also expressed fear of being stripped of family, property, money, children, job, future employment and reputation.

The high court, however said it is merely a “product of an overactive imagination.”

The Supreme Court further said that Garcia failed to show concrete evidence and convincing arguments that would warrant the declaration of the Anti-VAWC law as unconstitutional.

“Courts must assume that the legislature is ever conscious of the borders and edges of its plenary powers, and passed laws with full knowledge of the facts and for the purpose of promoting what is right and advancing the welfare of the majority,” the high court said.

It further stated that the law was enacted “to address the discrimination brought about by biases and prejudices against women.”

“Petitioner’s contention, therefore, that RA 9262 is discriminatory and that it is an ‘anti-male,’ ‘husband-bashing,’ and ‘hate men’ law deserves scant consideration,” the decision read.