2 Customs execs on way out 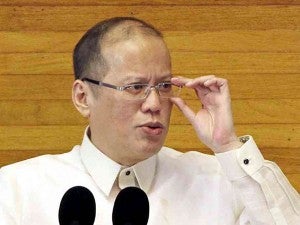 MANILA, Philippines—President Aquino is leaning toward accepting the resignation of two of the six deputies of Customs Commissioner Rufino Biazon whose offer to quit was immediately rejected minutes after Aquino delivered a tirade against Bureau of Customs (BOC) personnel in his State of the Nation Address (Sona).

The top leadership at the Customs bureau immediately offered to resign after the President singled out Customs personnel for rebuke for their incompetence and corruption in his Sona last Monday.

Biazon offered his resignation in a text message to the President after the Sona but he said Aquino had assured him of his continued confidence. Lim and Tañada followed suit the next day.

The BOC has six deputy commissioners—Lim, Tañada, Reyes, Suansing, Peter Manzano and Ma. Caridad Manarang. Manzano has not filed a resignation letter. It could not be ascertained as of press time if Manarang has resigned.

Biazon on Wednesday said offering to resign showed that they were heeding the President’s call for reforms. But he said he was not calling on the other deputy commissioners to resign.

As of press time, Lim said he had not heard from Malacañang on whether his resignation had been accepted or rejected, 24 hours after announcing it to the media.

In a phone interview on Wednesday, Lim said he felt duty-bound to resign after the President publicly berated the BOC for incompetence and corruption.

“I believe the President’s message is not only for top officials of the BOC but to all its employees who contribute to the image of the agency. We should take the President’s statements as both a challenge and an opportunity to effect lasting change,” he said.

Lim said he felt he had performed well as intel chief with the many arrests made by the BOC under his watch. He said the main weakness of the BOC was its collection agents.

At a press conference Wednesday, Tañada said he was embarrassed for the bureau when he heard what the President said at the Sona.

“We cannot deny that definitely there are some erring personnel at the bureau,” he said.

He admitted the agency’s leadership has had a difficult time going after the syndicates operating at the BOC.

Tañada said he himself had received calls from politicians and other politically influential groups asking for various favors from the agency.

He declined to name names but he said many of these callers were “Congress people.”

Tañada explained that he offered to resign through a text message to Biazon on Tuesday because he felt it was the fastest way to communicate with the President as Biazon was in direct communication with Aquino.

“I was able to watch the Sona. And as a good soldier, I deemed it best to follow what Commissioner Biazon did as a courtesy to the President,” Tañada said, adding that he intended to submit a formal letter of resignation.

He said his resignation was not irrevocable but a courtesy resignation.

Tañada, who has been serving at the BOC for the past 18 months, said he was more than willing to stay on at the bureau.

“I would want nothing more than to stay in this fight with Commissioner Biazon,” who has been a close friend for a long time, he said.

Meanwhile, presidential spokesman Edwin Lacierda said Aquino will be announcing soon extensive reforms to be undertaken at the BOC to root out corruption. He declined to discuss details and did not say if it would include the replacement of the agency’s top officials.

“The President’s speech was a stinging rebuke to the Customs [bureau] as an institution and, therefore, whatever reforms we will be implementing will be to solve the systemic, endemic, entrenched corruption within,” he said.—With a report from TJ Burgonio

Biazon: Bureau of Customs revamp up

Aquino’s tirade against BOC not directed at Biazon