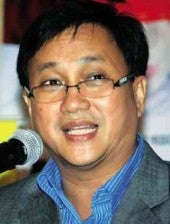 Commuters caught unaware angrily threw coins at bus drivers, who in turn awaited instructions from their operators, who themselves were apparently caught by surprise by the new traffic scheme imposed by the city government of Manila on Tuesday.

Even Metropolitan Manila Development Authority (MMDA) Chair Francis Tolentino said he, too, wasn’t informed, but nevertheless welcomed the idea for the positive results he himself witnessed.

Confusion marked the first day of Manila’s implementation of a council resolution banning the entry of provincial and city buses without private terminals in the city. The new measure, aimed at easing traffic especially in the interior, limits their routes to the outskirts of the city.

Thousands of commuters, mostly students coming from Quezon City to Manila, ended up crowding a stretch of España Boulevard to wait for another ride after their buses were ordered to turn around and unload passengers at Welcome rotunda.

In the confusion, some passengers complied grudgingly but threw coins at the bus drivers as they disembarked. Some clueless drivers refused to leave as they awaited orders from their operators.

Vice Mayor Francisco Domagoso, the city’s “traffic czar,” said he expected a barrage of complaints coming from commuters and drivers, but explained that the new ban was just the start of a “grand plan” to ease traffic congestion in Manila under former President and now Mayor Joseph Estrada.

Domagoso said the plan includes video monitoring, a sticker and numbering system, the designation of terminals and loading and unloading areas, and possibly the deployment of city-run electric buses on the Vito Cruz-Lawton route.

He and Estrada arrived at Welcome Tuesday morning to personally oversee the implementation. In just 30 minutes, some 40 buses were ordered to turn around, the vice mayor said.

“These are the things we have to face. We have a problem in the city, which is traffic, and we are attending to it. And this is just one of the formulas,” Domagoso told reporters.

The City Council passed Resolution No. 48 on July 16 to regulate the entry of city and provincial buses, allowing only those with terminals in Manila to enter.

Buses covered by the restrictions and coming from the south via Taft Avenue must now turn right to Vito Cruz, while those coming from San Juan must turn left to Ramon Magsaysay Boulevard.

Buses that are allowed to enter the city cannot pick up or unload passengers on just any street. They can only do so at their respective terminals.

According to a partial list released by the Manila Traffic and Parking Bureau (MTPB), bus companies with private terminals within the city include the following:

“As far as the City Council is concerned, a public hearing was conducted by the transportation committee headed by Councilor Letlet Zarcal. Bus operators were present and stakeholders were invited,” Domagoso said.

“Why all of a sudden there are some bus drivers who were not informed? Chances are, these complainants are colorum (without franchises),” the vice mayor said.

Two birds with one stone

“Because if you’re not part of the list of legitimate franchise holders, you won’t receive the notice. We’re actually hitting two birds with one stone, ease traffic and apprehend colorum buses,” he added.

Domagoso also maintained that billboards had been put up in the affected areas to inform the public about the traffic rerouting.

At the MMDA, Tolentino said he wasn’t aware of the Manila resolution until it was enforced Tuesday, but that he was supporting it since it could significantly decongest roads in the city.

“Look at Legarda (Street), the flow of traffic is smooth. It was not like that before,” Tolentino said, pointing to a monitor showing a real-time video of the street along Manila’s university belt.

“But my only concern is the commuters. Perhaps they were also surprised earlier when they could not immediately find a passenger bus,” he said.

Tolentino said he had instructed MMDA officials to meet with Estrada to address any confusion arising from the new measure, which he said should also be “synchronized” with his agency’s overall traffic management plan for the capital.

But according to Domagoso, he tried to talk to Tolentino about the resolution two weeks ago. “I was told by his secretary that I will receive a call within that day but I did not.”