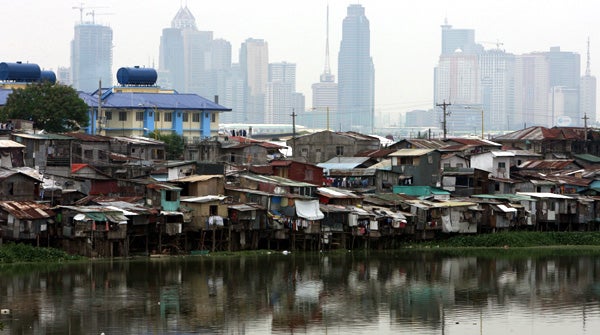 MANILA, Philippines—The Department of Justice (DOJ) is already preparing the necessary case against private property owners who put up structures in vital waterways in Metro Manila, as instructed by President Benigno Aquino III.

During his 4th State of the Nation Address (SONA), Aquino said part of the government’s objective of clearing waterways along the metropolis is filing cases against those who put up structures that blocked waterways causing floods.

De Lima said aside from the DOJ, the President has directed the Departments of the Interior and Local Government (DILG), Environment and Natural Resources (DENR), Metro Manila Development Authority (MMDA), Land Registration Authority (LRA) and other agencies to focus on the clearing of eight vital waterways in Metro Manila.

“We have already pinpointed encroachments along the waterways so, on the basis of that, we have dispatched teams for ground surveys,” De Lima said Tuesday.

Prior notices shall be given to these informal settlers for them to vacate the waterways, she added.

“I confirm that we are already preparing the necessary complaints to be filed against private property owners who have structures or encroachments on the waterways, specifically within three-meter easement or three-meter buffer zone provided specifically under the Water Code of the Philippines,” De Lima added.

De Lima said they discovered that there are individuals possessing titles to lots within this buffer zone, which should not be the case.

“These waterways, creeks are properties of public dominion, and, therefore, not susceptible to appropriation or to private ownership,” De Lima explained.

The Justice Chief said the DOJ will file at least 2 cases in the next 2 weeks involving the cancellation or reversion of titles.

Local government units (LGUs) may also be held accountable once found that they have failed to do their job in the implementation of the law, De Lima added.

Where have all the ‘esteros’ gone?

Estero dwellers may pick up their P18K