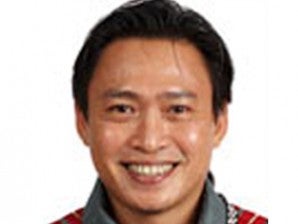 MANILA, Philippines — The Freedom of Information (FOI) Bill may not have been included in
President. Benigno Aquino III’s fourth State of the Nation Address (SONA) but pro-FOI lawmakers remain unfazed.

“With or without being mentioned, we will push for this bill,” said Ifugao Representative Teddy Baguilat Jr.

He said he had hoped the controversial measure would be mentioned when Aquino spoke about the late Interior Secretary Jesse Robredo in his speech.

“It was wishful thinking. When the President mentioned Secretary Robredo’s sacrifice, I thought that was the ideal moment to segue into including the FOI in his speech but it didn’t happen–still, overall, I’m satisfied with his speech,” he said.

“I’ve always looked at SONA as a rhetorical speech, not a policy speech–so I am not disappointed, he was giving pep talk,” the lawmaker added.

Baguilat’s first bill filed in the 16th Congress was on the FOI.

“We used to be so fixated on the FOI being mentioned during SONA but we want to push for many bills,” he said.

Being a pep talk from the President, the Ifugao legislator said it was natural that “safe bills” were mentioned.

“He mentioned safe bills–I mean, Cabotage law? What is that? Safe bills will pass Congress but the FOI and the National Land Use Bills require a lot of discussion,” Baguilat said.

“Being an optimist, I told them (fellow FOI advocates) that we have to start first the discourse on the FOI in Congress. Then maybe, once they see that many of us are pushing for its approval, the Malacanang will intervene,” he added.