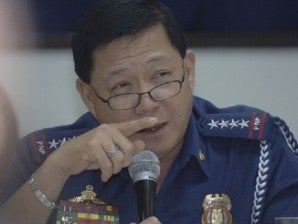 The Office of the Ombudsman has asked the Sandiganbayan to order the arrest and incarceration of six former police officials, including former Philippine National Police chief Director General Avelino Razon Jr., throughout their trial for graft involving fictitious repair and maintenance of light armored vehicles.

The Ombudsman prosecution team headed by Manuel T. Soriano Jr. has recommended the arrest without bail of Razon and his codefendants owing to the huge amount involved in the irregularity—P358.48 million for the phantom repair and maintenance of the V-150 light armored vehicles during Razon’s term as PNP chief.

The irregularity was discovered in 2011, and the then PNP chief, Director General Raul Bacalzo, ordered the Criminal Investigation and Detection Group (CIDG) to investigate and determine the criminal liability of the police officials and suppliers involved.

A six-member fact-finding committee earlier found “gross violations” in the award of a contract for the repair and refurbishment of 28 V-150 light armored vehicles used by the PNP’s Special Action Force and Regional Safety Battalions.

The committee found that the repair costs under the contract were more than 30 percent of the original acquisition price of the armored vehicles.

It also noted the hasty processing of the claims and payments made in January 2007, “even before the first of the refurbished [armored vehicles] were delivered.” Those vehicles were delivered seven months later.

Criminal charges were brought against Razon and five other police officials.

— P239.61-million contract for the repair and maintenance of 18 V-150s to Evans, RJP and Enviro-Aire (charged for a simulated public bidding, with the bidding notice published in a “nonexistent publication,” Alppa Times News).

— P134.39 million for the repair and maintenance of 10 V-150s to Evans, Enviro-Aire and RJP (no delivery of engine and transmission reports despite full payment).

— P2.78 million for the purchase of tires from Serpenair.

A joint team of investigators from the Ombudsman and the Commission on Audit was formed to investigate the contracts and found that the suppliers faked delivery receipts, certifications, inspection and acceptance reports, prerepair and postinspection reports and disbursement vouchers to collect payments.

The Deputy Ombudsman for Military and Other Law Enforcement Offices subsequently launched an investigation and later found Razon and several other PNP officials and employees and private individuals liable for plunder, graft, malversation through falsification of public documents and violation of the procurement law.

Ombudsman Conchita Carpio Morales approved the investigation report, and criminal charges were brought against Razon and other police officials in the Office of the Ombudsman.

The Ombudsman resolved the case on Dec. 28, 2012, finding probable cause to prosecute Razon and the others.

Earlier this month, Morales affirmed the resolution, and criminal charges were filed in the Sandiganbayan against Razon and 22 former and current police officials and the private contractors.

During the investigation, Razon denied colluding with the suppliers to rig the auction for the contracts. He said there were no phantom repairs, as the light armored vehicles had been actually refurbished.

“The V-150s were repaired or refurbished. If ever, we can call it ‘alleged anomalous repairs or irregular repairs.’ Calling it ghost repair is bringing it too off-center,” Razon told reporters at the time.