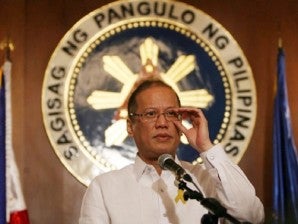 President Aquino wants the National Bureau of Investigation to exhaustively, impartially and fairly look into the P10-billion pork barrel scam that a group headed by Janet Lim-Napoles allegedly pulled off over the past 10 years using a network of bogus nongovernment organizations.

Besides the NBI probe, Napoles is facing an investigation by the Bureau of Internal Revenue (BIR). The BIR is set to look into the finances of Napoles.

“The instruction, I believe, given to (Justice) Secretary Leila de Lima is to ensure that it is exhaustively investigated. And Secretary Leila spoke to me (Tuesday) and she told me that she could assure all parties concerned that this would be exhaustive, impartial and a fair investigation,” presidential spokesman Edwin Lacierda said at a briefing.

Lacierda gave the assurance amid the public uproar over the alleged scam that involved the pork barrel of five senators and 23 members of the House of Representatives, and fertilizer and Malampaya funds.

The scam, exposed by the Inquirer through a series of stories this month, has renewed calls from different sectors to scrap the pork barrel system.

An official of the Catholic Bishops’ Conference of the Philippines and a bloc of militant House members on Tuesday sought the scrapping of the pork barrel, formally called the Priority Development Assistance Fund (PDAF), saying it was a source of kickbacks.

A senator is given an allocation of P200 million in PDAF yearly; a member of the House gets P70 million for their pet projects.

Lawmakers who took part in the syndicate allegedly received up to 60 percent of their “pork” in the form of commissions from the JLN Group of Companies.

Sen. Miriam Defensor-Santiago urged the five senators—Ramon “Bong” Revilla Jr., Ferdinand Marcos Jr., Jinggoy Estrada, Juan Ponce Enrile and Gringo Honasan—to go on leave while an independent panel she said, could be formed by Aquino, and made up of retired Supreme Court justices to determine their culpability.

Senators who had been accused of involvement in the scam, have accused the Aquino administration of orchestrating a “demolition job” against the opposition ahead of the presidential election in 2016.

Another Malacañang spokesperson, Abigail Valte, said on Tuesday that the Palace considered the issue a serious matter.

She said the President had emphasized that government should never accuse anyone without evidence and that Palace officials should never proffer accusations without proof.

Valte said the investigation would settle that.

Asked at the briefing if the President had instructed certain agencies to cooperate with the NBI, Lacierda said: “We will investigate the allegations. Then, of course, if there’s evidence, we will look at the evidence. If the cooperation of the agency is needed, then it would be provided.”

Napoles is under investigation for allegedly masterminding the scam that has cost taxpayers P10 billion in diverted “pork barrel” funds.

The charges being prepared against Napoles are mainly based on affidavits by former JLN employees who were named by Napoles presidents of fake NGOs.

Internal Revenue Commissioner Kim Henares this week said the aim of the BIR investigation was to determine whether there was any income reported by the JLN Group of Companies and whether the corresponding taxes were paid.

“Our jurisdiction is to determine whether there was any income and if taxes were paid,” Henares said in an interview.

Apart from looking up the tax returns of the 20 NGOs that are allegedly part of the JLN group, the BIR would also look into Napoles’ personal tax returns.

The BIR investigation could add tax evasion to the growing list of charges Napoles could face for her part in the scam.

In Malacañang, Lacierda belittled apparent attempts of some quarters to link the Palace to the racket.

Lacierda said he would check if the letter indeed reached the President’s desk when told that Napoles had written Aquino to exonerate herself from charges that she put up bogus NGOs that served as recipients of the funds.

At the briefing, Lacierda explained that the Office of the President receives hundreds of letters from citizens on a regular basis.

“It’s a normal process where a lot of people, citizens, would write letters to government and this is not a special issue,” said Lacierda.

“All these (letters) go through a process here … and they are not solely (sent) to the Office of the President,” he said.

Letters addressed to the President are coursed through the offices of Secretaries Lacierda, Herminio Coloma and Ricky Carandang and other Cabinet members.

“These letters are forwarded to the Office of the President if they pass through us. But if they are sent directly to Malacañang, there’s a process for (receiving) them,” Lacierda said.

Contacted by phone, Lacierda did not respond when told by the Inquirer that Aquino had reportedly ordered the NBI to investigate the alleged complaint of Napoles against the principal whistle-blower Benhur Luy a day after receiving Napoles’ letter.