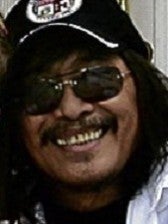 Voting 12-1-2, the high court declared as invalid Proclamation Nos. 1826 to 1829 issued on July 6, 2009, by Arroyo proclaiming Guidote-Alvarez, Caparas, Mañosa and Moreno National Artists “for having been issued with grave abuse of discretion” and ordered that the proclamations be set aside.

The high tribunal was acting on the petition for prohibition filed by a group of National Artist laureates—writers Virgilio Almario and Bienvenido Lumbera, sculptor Napoleon Abueva and painter Arturo Luz, the high court spokesperson Theodore Te told a press briefing.

Associate Justices Mariano del Castillo and Marvic Leonen did not take part in the vote. Leonen, like Te, had served as counsels of the petitioners in the case. Associate Justice Arturo Brion was on medical leave and did not attend Tuesday’s full-court session.

In August 2009, Almario et al. asked the high court to stop Malacañang from conferring the National Artist Award on Alvarez, Caparas, Mañosa and Moreno, claiming that Arroyo had abused presidential discretion when she allegedly disregarded the awards’ rigorous screening process and inserted her own choice of awardees.

They questioned the unexplained deletion of composer Ramon Santos as the nominee for music and the addition of the names of Alvarez for theater, Mañosa for architecture, Caparas for visual arts and film, and Moreno for fashion design.

The petitioners’ main issue was that Alvarez, Mañosa, Caparas and Moreno were not on the list of nominees submitted by the selection committee for the awards composed of board members of the Cultural Center of the Philippines (CCP) and the National Commission for Culture and the Arts (NCCA).

But when Malacañang released the list of the 2009 National Artists approved by Arroyo, Santos’ name had been deleted and those of Alvarez, Caparas, Moreno and Mañosa had been added, making the choices of Arroyo the majority of the awardees that year.

The four names allegedly came from Malacañang’s Honors Committee, which made its own screening. After several protests, the case eventually reached the Supreme Court and stopped Malacañang from conferring the honor to the four individuals.

In its decision on Tuesday, the high court said Arroyo did not commit any grave abuse of discretion when she excluded Santos’ name from the list of National Artists because it said the “recommendation of the National Commission for Culture and the Arts and Cultural Center of the Philippines boards was not binding but only discretionary.”

“By the power of control, the President had the authority to alter or modify or nullify or set aside such recommendation or power. It was well within the President’s power and discretion to proclaim all, or some or even none of the recommendees of the CCP and NCCA boards, without having to justify his or her action,” the high court ruled, as quoted by Te.

However, the case of Alvarez, Caparas, Mañosa and Moreno was “an entirely different matter,” the high tribunal said.

It cited two reasons when an act constitutes grave abuse of discretion—“if it was done contrary to the Constitution, the law or jurisprudence and if executed whimsically, capriciously or arbitrarily out of malice, ill will or personal bias.”

The high court said Arroyo violated the equal protection clause of the Constitution when she gave “preferential treatment” to the four.

“The former President’s constitutional duty to faithfully execute the laws and observe the rules, guidelines and policies of the NCCA and CCP as to the selection of the nominees for the conferment of the Order of National Artists proscribed her from having a free and uninhibited hand in the conferment of the award,” the high court said.

“The manifest disregard of the rules, guidelines and processes of the NCCA and CCP was an arbitrary act that unduly favored Guidote-Alvarez, Caparas, Mañosa and Moreno,” it said.

It is not clear what happens now to the three other nominees whose nominations were never questioned by the petitioners—Alcuaz, Francisco and Conde.

When the protests and petition against the Malacañang choices for National Artist reached the Supreme Court in 2009, the high court issued a status quo ante (SQA) order, which effectively stopped the conferment of the National Artists Award that year.

Te said there was “no court action” on the 2009 SQA, hence the order still stands. There are still no National Artist awardees for 2009.

When Alcuaz died in 2011, he did not get the state funeral or honors that many felt he richly deserved because his proclamation as National Artist was never consummated and the case against the four voided awardees was still pending at the Supreme Court.

Recipients of the Order of National Artists, a state honor conferred on important Filipino artists, are entitled to state necrological ceremonies at the CCP and a state burial at the Libingan ng Mga Bayani.—With a report from Tetch Torres-Tupas, INQUIRER.net