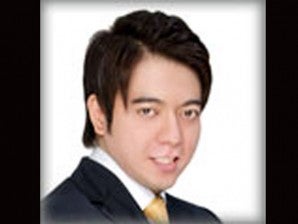 That’s how former congressman Benjo Benaldo described the shooting incident in his office two weeks ago that left him wounded, as he dispelled the rumors he had tried to take his own life.

“Let me state for the record that what happened in my office in the evening of June 27 which nearly took my life was a pure accident,” said Benaldo upon his discharge from St. Luke’s Medical Center (SLMC) in Quezon City on Monday afternoon.

Benaldo did not refer to the incident, which left him with a gunshot wound in the left side of the chest, as a “shooting” but a “near fatal incident.”

“I understand there had been speculations in some sectors that the cause of the near fatal incident in my office was the much-publicized misunderstanding between me and my celebrity wife. Let me say that Daiana had nothing to do with it. She was not in my office at the time,” he said.

Benaldo stood up from his wheelchair and spoke from a podium in the hospital lobby, occasionally taking sips of water.

Menezes was not around. Benaldo, clad in a blue long-sleeved shirt and brown slacks, was accompanied by his physician, Dr. Jose Oreta Jr.

Benaldo did not answer questions from reporters.

He said he planned to go home and rest upon the advice of Oreta, who said Benaldo had been advised not to answer questions so as not to get tired.

“I thank my staff for their quick action and my doctors for doing everything to save my life. But I know that I owe my life today to no one but God alone,” Benaldo said.

Benaldo had been confined at the SLMC since June 27 after he was found in his office at the House of Representatives with a gunshot wound in the chest.

The bullet hit the upper lobe of his left lung and several blood vessels, missing his heart.

In a medical bulletin issued two days after the incident, Benaldo was declared out of danger.

Speaker Feliciano Belmonte Jr. had described him as being in good spirits and able to give a thumbs-up as he was being transferred to the SLMC from the first hospital he was taken to.

The Quezon City Police District had ruled out foul play in the incident.

Reading from his statement, Benaldo swore to continue his fight against overcharging electric firms—which was his advocacy in Congress—even as a private citizen.

As for his defeat in the last elections, he said he had “so much evidence to show that the elections in Cagayan de Oro were clearly manipulated by some hidden and external forces.”