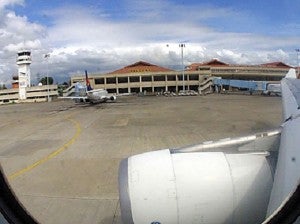 To address this concern, Representative Raul del Mar of Cebu City’s north district has filed a bill that would mandate the Department of Transportation and Communication to start a feasibility study and later shoulder the cost of constructing a second runway at the airport.

Del Mar said the Mactan airport, which is the second busiest in the country after the Ninoy Aquino International Airport, would not be able to accommodate Cebu’s growing passenger traffic after the 11 years. He said the MCIA’s runway capacity might be sufficient only until 2024.

Del Mar said he hoped his bill would be taken up during the first session of the 16th Congress.

In an explanatory note to the bill, Del Mar noted that the MCIA, which serves as a hub for air transport in the central and southern Philippines, has recorded a nine-percent increase in passenger traffic.

Del Mar mandates that DOTC fund the feasibility study, detailed engineering and the implementation of the project. It includes access taxiways, rapid exit taxiways, runway lighting system, navigation and landing equipment, among others.

However, Villarete said, the existing airport runway, which measures 45 meters by 3.3 kilometers, was adequate for current passenger traffic.

“But if we continue to grow, the time will come that there will be a breach of our capacity,” he added.

Villarete said that MCIA’s land area of about 500 hectares could accommodate a second runway with similar specifications as the first. All that needs to be done would be to acquire a few nearby lots to serve as airport buffer, he said.

Villarete added that the property occupied by the Mactan Benito Ebuen Airbase would be useful when MCIA starts to implement its third terminal project between 2030 and 2040.