Lawmakers demand turnover of all coco levy assets back to farmers 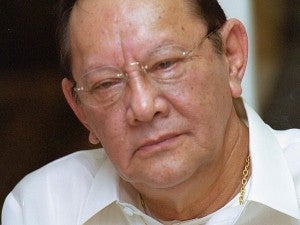 MANILA, Philippines — Militant lawmakers are demanding that the government give back all assets purchased using the coconut levy, following the decision of the Supreme Court  ruling that the state owns the shares being claimed by businessman Eduardo “Danding” Cojuangco Jr. in United Coconut Planter’s Bank (UCPB).

Bayan Muna Representative Carlos Zarate said in a text message: “The determination of the current value of all shares purchased using the coconut levy fund is a must before it is diluted or lost with the use of some accounting magic.”

Hicap has filed House Bill 1327 or “An Act Creating the Genuine Coconut Farmers’ Fund and for other purposes” as a form of “remedial legislation” to facilitate control of the coco levy assets to the coconut farmers. “The passage of HB No. 1327 is urgent and necessary to make sure that Cojuangco and other sinister parties in the coconut levy fund would be prevented from illegal and immoral use of the controversial levy fund. We hope our colleagues in Congress would see the legal, political and moral correctness and wisdom of HB 1327 in ensuing social justice to more than a million small-coconut farmers victimized by Danding and the ruling coco syndicate during the Marcos dictatorship,” said Hicap who has proposed the establishment of a council to represent the interests of coconut farmers in all regions in the country.