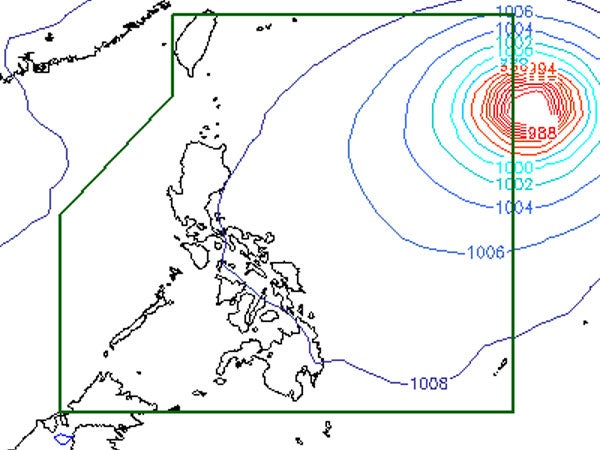 As of 4 a.m., the eye of the typhoon was observed at 1,365 kilometers east of Itbayat, Batanes, with maximum sustained winds of 150 kilometers per hour near the center and gusts of up to 185 kph, the Philippine Atmospheric Geophysical and Astronomical Services Administration said.

Soulik, which will be called Huaning once it enters the Philippine area of responsibility (PAR), is forecast to be in the country between 9 a.m. and 12 noon, weather forecaster Alvin Pura told INQUIRER.net.

While Soulik is not likely to make landfall, Pura said they are not discounting the possibility of a landfall.

Soulik is now moving west northwest at 20 kph, and is likely to affect extreme northern Luzon. It will also enhance the southwest monsoon and bring rains in the western section.

Meanwhile, Pagasa’s morning bulletin said Mimaropa, Bicol Region, Western Visayas, Zamboanga Peninsula, Soccsksargen and the provinces of Quezon and Aurora will experience cloudy skies with light to moderate rainshowers and thunderstorms. Metro Manila and the rest of the country will be partly cloudy to cloudy with isolated rainshowers or thunderstorms.