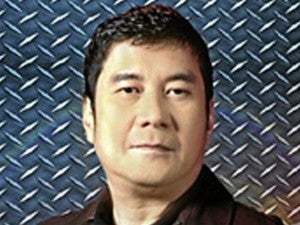 MANILA, Philippines—After close to a decade, the Court of Appeals gave a lower court the green light to proceed with the trial of a libel case against journalist Raffy Tulfo and publisher and editors of Abante Tonight.

In a decision made public Tuesday, the appeals court 12th division said the long-delayed trial at the Makati City Regional Trial Court was due to the numerous motions, exchange of pleadings and reproduction of documents filed by all the parties.

“Although the said tedious process necessarily resulted in prolonged proceedings, this process could not have been dispensed with, as it was done for the sake of due process and protection of the rights of the accused,” the appeals court said.

Michael C. Guy sued them due to alleged defamatory articles written by Tulfo in his “Shoot to Kill” column in Abante in October 2003.
In 2004, the trial court ordered the prosecution to present additional evidence to determine if there was basis to issue an arrest warrant.

After the prosecutors had complied, the court issued the arrest warrant and all the accused were arraigned. They pleaded “not guilty.”

Tulfo and the Abante officials then filed a motion to dismiss the case, saying their right to a speedy trial had been violated. They also questioned the lower court’s order giving the prosecution a chance to file additional evidence, which caused the issuance of the warrant for their arrest.

The court junked the motion prompting them to elevate the case before the appeals court.

But the appellate court said the action of the Makati court in ordering the prosecution to present additional evidence was based on Rule 112 of the Rules of Court. Under the said rules, options of the court include:

“It’s directive for the prosecution to submit additional sets of evidence to bolster its cause was well within its discretion to do so,” the appeals court said.