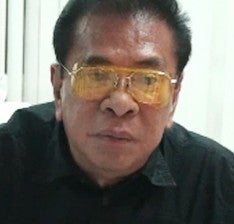 MANILA, Philippines–Ombudsman Conchita Carpio-Morales ordered the filing of graft charges against former Ilocos Sur Governors Luis “Chavit” Singson and Deogracias Victor Savellano for questionable use of public funds worth over P26 million in 2001.

In a 31-page Resolution dated July 3, 2013, Morales ordered the filing of violation of Republic Act 3019 or the Anti-Graft and Corrupt Practices Act against Singson (three counts) and two counts of graft for Savellano. The case will be filed with the Sandiganbayan.

The case stemmed from a complaint filed by Estelita Cordero, chairperson of the Save Ilocos Sur Alliance (SISA) Foundation, on the alleged unlawful release of P26,060,500 by way of financial assistance to Multi-Line Food Processing International, Inc. (MFPII) during the respective terms of respondents as provincial governor.

Singson had entered into four Memoranda of Agreement (MOAs) with MFPII dated Feb. 5, Feb. 20, May 28 and June, all in 2001, for the release of financial assistance in the respective amounts of P9.18 million, P4 million, P3 million and P8 million to fund unspecified livelihood projects.

Savellano, meanwhile, entered into a MOA with MFPII on December 27, 2001 for the grant of financial assistance worth P1,880,500 to fund “livelihood production/payment of accounts payable,” and for which a check was issued the following day.

The financial assistance was sourced from the province’s share of the portion of the proceeds of excise tax earmarked under R.A. No. 7171 (An Act to Promote the Development of the Farmers in the Virginia Tobacco Producing Provinces).

Morales said both Singson and Savellano “acted with manifest partiality, evident bad faith or gross inexcusable negligence when they repeatedly entered into the MOAs and approved the successive release of public funds that gave unwarranted benefits to MFPII which was not qualified to receive such financial aid from government and whose purported projects were not subjected to the required inspection or audit (under the MOA) before the subsequent MOAs and fund releases were made.”

“MFPII cannot be considered an NGO/PO as to warrant the grant of financial assistance from the government,” Morales said noting that MFPII appeared to be a private corporation organized for profit and not intended to advance the interest of a specific cause or sector, as shown by MFPII’s Articles of Incorporation.

The Ombudsman added that MFPII stopped operation barely four months after the last release of funds in its favor, “ironically, due to lack of funds.”

On the other hand, the case against Arnulfo Abaya, Hernando Decena, Felipe Que, Danilo Etrata and Norman Mendoza, all members of MFPII’s Board of Directors, was dismissed for lack of any allegation or proof of conspiracy.