‘Gorio’ over West PH Sea; signal no.1 up in Metro Manila, 8 areas 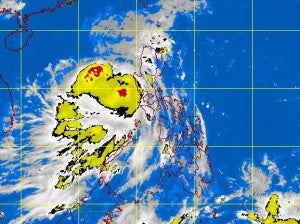 In its latest weather bulletin, the Philippine Atmospheric Geophysical and Astronomical Services (PAGASA) said the center of Gorio was estimated at 90 kilometers southwest of Subic, Zambales.

It was last observed packing maximum sustained winds of 65 kilometers per hour near the center and gustiness of up to 80 kph.

Gorio was forecast to be at 390 km west of Laoag City by Monday morning and out of the Philippine territory.