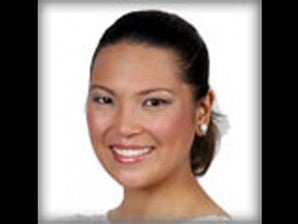 MANILA, Philippines – The government panel has been so cautious about mentioning the Moro Islamic Liberation Front’s proposed substate that it seemed not ready to submit its counter-proposal.

Lanao del Norte Representative Fatima Aliah Dimaporo came out with these observations, on Wednesday, after the 40-member Mindanao bloc met with Peace Adviser Teresita Deles and the government panel Tuesday at the House of Representatives.

“Professor [Marvic] Leonen spoke much of the time,” Dimaporo said of the government peace panel chairman. “He did not say anything about the substate. He was very careful about saying or declaring or agreeing with the proposal of having a substate in public.”

She said she got the impression that the government panel was not ready to present its counter-proposal to the substate when talks resume in Kuala Lumpur on Monday.

“I think that they’re still going through the process of … research. They’re still in the consultative process,” she said, later adding: “So let’s wait and see.”

As a substate, it would exercise powers over its political and economic affairs, and enforce its internal security within the Bangsamoro territory, and would be headed by a chief minister, but it would remain part of the Republic of the Philippines.

“My only comment is that yes, you do consult with the people. But if you go to the provinces, I wonder if the legislators were involved in the consultative meetings. They should be,” she said. “Let’s try to work with each other, and see what proposals what we can come up with.”

Dimaporo admitted that the Mindanao legislators and local government officials have not formed a “unified” position on the substate.

Minority Leader Edcel Lagman said the government should brief the minority bloc on its counter-proposal before it’s presented in Malaysia next week.

“Most importantly, we wish to remind our people – as we will, time and again – that any proposal to create a susbtate within the Philippine Republic will alter the constitutional basis and guiding principles of the Republic, and consequently, the imperative of constitutional amendments pursuant to the requisite amendatory process and ratification in a national plebiscite,” he said.