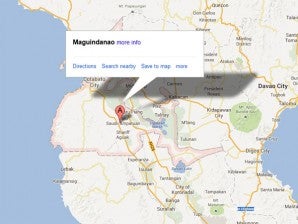 COTABATO CITY, Philippines — Education officials in the Autonomous Region in Muslim Mindanao have expressed alarm over the rash of attacks on educators in Maguindanao.

Kulayan did not identify the Talayan teacher who was wounded and has been recuperating at a government hospital.

Kulayan has sought the help of the Philippine National Police Regional Office to help contain the attacks on teachers and education officials.

“I don’t think it was election related,” Kulayan said.

Lilia Pendatun, OIC district supervisor for Gen. SK Pendatun town, was driving her Mitsubishi Pajero on June 17 en route to her office in Barangay (village) Poblacion when gunmen riding in tandem on a motorbike overtook her and opened fire.

She sustained six gunshot wounds in different parts of her body and was rushed to a hospital in nearby Tacurong City. She expired three days later.

Kulayan said Pendatun had no known enemy and had not received death threats before she was ambushed.

“It may not be election-related, probably related to her job as OIC district director,” he said.

Kulayan said he was instructed by ARMM Governor Mujiv Hataman to look into the killings of education officials and coordinate with the police.

He already met with Chief Supt. Noel Delos Reyes, PNP-ARMM regional director, and discussed with the police official security arrangements to ensure the safety of teachers.

Two teachers were shot dead in Maguindanao before the elections and another two were separately shot after the balloting.

Kulayan urged the teachers to report to police authorities or to his office if they were receiving harassment or death threats to prevent loss of lives.

While they are not related, two education officials have been shot in Maguindanao and North Cotabato over the past week.

Aside from Pendatun, Dr. Cynthia Alpas, human resources director of the state-run University of Southern Mindanao, was shot in front of her home in Matalam, North Cotabato on June 16.

Alpas is now in critical condition at a hospital in Kidapawan City.

Dandan said Alpas was hit in her arm and thigh.

The gunman was to finish Alpas off by firing more but the two shots he fired already attracted the attention of Barangay Police Auxiliary Forces stationed nearby.

Dandan said police investigators have been determining if the attempt to kill Alpas was related to the on-going protests actions at USM for the ouster of its president, Dr. Jesus Antonio Derije.

Alpas is now confined at a private hospital guarded by policemen.

A conflagration also took place at the USM warehouse but was quickly put off by responding firemen.