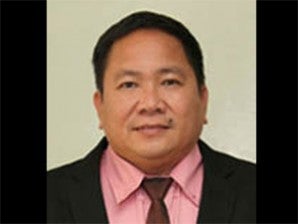 MANILA—The resignation of Nathaniel Servando as chief of the weather bureau chief is not a pressing concern for President Aquino, who is counting on the services of 37 newly hired weather forecasters to correctly predict the weather and the movement of storms and other weather phenomena that affect the country.

Aquino downplayed the decision of Servando to quit as administrator of the Philippine Atmospheric, Geophysical and Astronomical Services Administration (Pagasa) on Tuesday, just as the country entered the rainy season, ostensibly to take on a teaching post in the Middle East.

The President said in an interview in Manila, where he keynoted the 115th founding anniversary of the public works department, that since 2000, only five forecasters had resigned from Pagasa.

Two of the five quit under his watch and one was fired.

He requested the media not to unduly frighten the people by highlighting what many see as the brain drain in the weather bureau.

“Only five people were reported to us by Science Secretary (Mario) Montejo from the year 2000, okay? Under my watch, three. I fired one of them—the very first one,” he said.

Before his unceremonial departure from Pagasa, Prisco Nilo had been the face of the weather bureau for a number of years. However, his failure to provide timely updates as to when a storm would hit the capital in 2010 cost him his job just a few months after Aquino assumed office.

Faced with yet another high-level resignation in Pagasa, the President said: “We really have to have all of the necessary people with the necessary skills. So [the agencies concerned] have been doing something about it.”

According to the President, upon the initiative of the Department of Science and Technology, about two to three schools in the country are now offering college programs for a career in weather forecasting.

“Pagasa’s training has been continuous. So five left, 37 are replacements, 10 are (being trained), so let’s not tell the people that there will be a brain drain when it comes to weather forecasting,” the President said.

He said that from his first day in office he acknowledged the fact that the country was being visited by 20 typhoons a year. “So the ability to predict the weather is so important, especially because we face the challenge posed by global climate change,” he said.

The President, however, vowed to check failure of the budget department to release the benefits promised to Pagasa employees, including hazard pay and longevity allowance, since last year.

He said this when asked why he granted a P10,000 anniversary bonus for each of the officials and employees of the Department of Public Works and Highways  Thursday, while Pagasa personnel have yet to receive the allowances due them.

“I will check if the bonus has not been given. In DPWH, I am authorized to give (bonuses) … for ‘milestone years,’ which is translated every five years,” he said.

The President, however, noted that the crux of the problem over allowances in Pagasa was the old practice of tapping unspent portions of the budget or “savings” to be converted into bonuses at the end of every fiscal year.

“I am not singling out Pagasa, but there are other agencies that (turn) savings into bonuses. The problem is the savings are not really savings. They are unspent funds that should have been used for projects” that were identified in the budget, said the President.

He said this was a wrong practice that he asked the budget department to correct.

“I will inquire as to [the Pagasa bonuses]. I will be shocked… if what is due them has not been given,” he said.

“Now, [on] salary structure. I’m sure you probably make close to what I make as President of this country,” he said, adding his plan was to bring  salary levels in the government as close as possible to those in the private sector.

“Of course, the goal is to do something like, I think, Singapore, which has 80 percent of the salaries that you can get in the private sector. But Singapore is far, far richer than us,” he said. “We still operate in a (budget regime with) substantial deficit. We will look at [this plan]. The study is not only how much we should pay our people but actually how do we fund all of these increases [for]  the 1.6 million members of the bureaucracy?”