Parañaque suspends classes due to rains; classes in rest of Metro go on | Inquirer News

Parañaque suspends classes due to rains; classes in rest of Metro go on 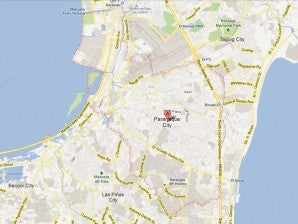 MANILA, Philippines—Although heavy rain once again battered the National Capital Region on Tuesday afternoon, classes in southern Metro Manila went on except those in Parañaque City.

Mayor Florencio Bernabe Jr sent out an advisory at 3 p.m., suspending classes for both public and private elementary and high schools, for the rest of the day.

City public information officer Nelson Lacambra said that although schools had not been flooded, the classes were suspended “for precaution.”

“The anticipation here is that the stronger rain will come Wednesday,” Lacambra told the Philippine Daily Inquirer in a phone interview.

A citywide class suspension in Parañaque for Wednesday, however, would have to be “subject to confirmation” and consultation with the Metropolitan Manila Development Authority, Lacambra said.

The city engineering office has been surveying flooded areas, as of this posting. Floods are common in the low-lying places of Parañaque, which are close to waterways, such as the portions of Barangays San Dionisio, Tambo, La Huerta and Sto. Niño, according to Lacambra.