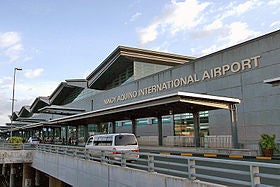 MANILA, Philippines — Troubled by landing problems in recent weeks, Cebu Pacific Air (CEB) again suffered a glitch on Monday, when ongoing repairs at the Ninoy Aquino International Airport Terminal 3 (NAIA-3) inadvertently cut power to its check-in servers for around half an hour.

During the 30-minute glitch, CEB’s crew had to manually check in passengers, confirming reservations through their tickets. The conveyor continued working, however, and there were no hang-ups in checking in passengers’ baggage.

“Initially, CEB told us about what happened but we immediately responded. It wasn’t that long and it did not affect the flights,” said Lina.

Connie Bungag, MIAA Public Affairs Department officer-in-charge, said 19 domestic flights were known to have been scheduled during the time of the system bog-down and had to do manual check-in, but none suffered delays.

“It’s not their (airline’s) fault. The electrical line giving power to their system server was inadvertently affected by the retrofitting works now being done at Terminal 3,” said Bungag, echoing Lina’s explanation.

CEB operations, the biggest of a budget airline in the country, continue amid ongoing investigations of back-to-back runway incidents in recent weeks: one skidded upon landing at NAIA on June 13 and the other missed the Davao International Airport runway on June 2.