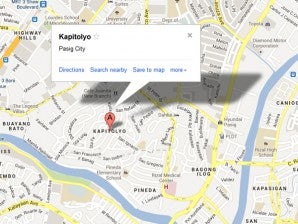 MANILA, Philippines – Roughly P5 million worth of properties went up in smoke when a fire gutted a house in Pasig City a little past midnight Monday, a city fire officer said.

The blaze reached second alarm before it was put out an hour later.

Banez said the fire might have started inside a bedroom at the second floor of the house owned by Attorney Dominador Esperilla.

Authorities have yet to identify its cause, he added.

No one was reported injured or killed.