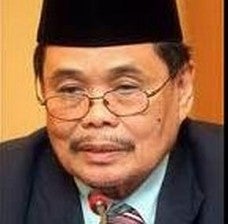 MANILA, Philippines – The peace talks between the government and the Moro Islamic Liberation Front have reached a deadlock but leaders of the secessionist group are urging their field commanders to be patient to avoid a resurgence of violence in Mindanao.

“There’s no reason to be rash. We’re telling them that we should manage our frustrations. Our hope is that we will be able to prevent that fighting will erupt again,” Iqbal said.

Sought for comment on Iqbal’s statement that the talks had reached a stalemate, government chief negotiator Miriam Coronel-Ferrer told the Inquirer in a text message: “The (Malaysian) facilitator is on board, channels are open in order for us to discuss and settle contentious issues.”

But for Iqbal, the recent exchange of notes between the two peace panels, through Malaysian facilitator Datuk Abdul Ghafar Tengku, did not translate to progress in the talks.

The panels had their last formal round of talks in Kuala Lumpur last April when they signed the terms of reference for the Mindanao socio-development program called Sajahatra Bangsamoro.

“There is an exchange of notes but we don’t see it working. Nothing will happen with the exchange of notes. The government is diluting the initialed wealth sharing annex. It is downgrading (the annex),” Iqbal said.

Ferrer said that President Benigno Aquino III was only exercising prudence by reviewing the wealth-sharing document, but for Iqbal, what was needed was for the two panels to “focus on what has been initialled.”

“The government is changing its position. How can we be sure that it won’t do the same with the two other annexes (on power-sharing and normalization)?” Iqbal said.

Iqbal warned that “time is running out” for the peace negotiations.

The Transition Commission, which will craft the Bangsamoro Law, has been convened but it would need the annexes to the framework agreement for it to be able to put together the proposed legislation that would be submitted to Congress for approval.

The Bangsamoro will replace the Autonomous Region in Muslim Mindanao, which President Aquino has described as a “failed experiment.”