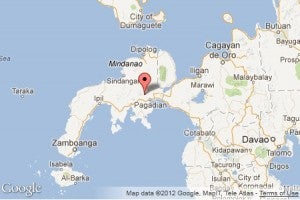 MANILA, Philippines—A female village chief was wounded when a grenade went off at her house in Pagadian City past midnight Wednesday, police said.

Chief Inspector Ariel Tolorio Huesca, Region IX police spokesman, said the blast happened at the residence of Judith Adal, 48, at Purok Sweet Love Dumagoc in Pagadian City around 12:40 a.m. after a still unidentified suspect hurled an MK2 hand grenade into her house.
He said Adal was asleep with her family when they heard the explosion.

Adal sustained a “minor wound” on her right hand and was rushed to Jamillarin hospital for treatment.

“A safety lever, fuse, spring and several shrapnel were recovered at the crime scene,” Huesca said.

The motive behind the attack remained unclear, he said.