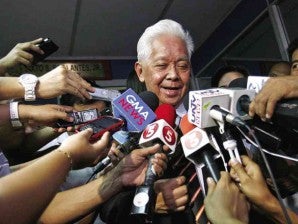 A party-list group on Wednesday called on Commission on Elections (Comelec) Chairman Sixto Brillantes Jr. to allow academic institutions to open the ballot boxes and count the votes cast in the May 13 polling to determine if they would tally with the results produced by the precinct count optical scan (PCOS) machines.

The party-list group, Kaakbay, made the appeal amid Brillantes’ admission of discrepancies in the ongoing random manual audit of the votes and allegations of vote rigging stemming from the controversial “60-30-10” voting pattern theory that arose from the senatorial canvass.

In a parallel move, the United Nationalist Alliance (UNA) on Wednesday announced that it had asked the Comelec to preserve the audit and transmission logs in the transparency server for inspection.

In a statement, Kaakbay said universities and academic institutions renowned in mathematics and information technology capabilities, such as the University of the Philippines, Silliman University, De La Salle University, Ateneo de Manila University, should step in and erase doubts about the elections in the light of the “60-30-10” theory.

UP professor emeritus and former National Treasurer Leonor Magtolis-Briones said universities must “lend their expertise in this crucial stage when the mandate of the elected officials is being questioned by many sectors.”

“We need these institutions to account for the votes of the people and open the ballot boxes, if necessary, and help correct the flaws of the automated election to ensure that the 2016 presidential election will not be hounded by the same doubts and questionable results. The people’s vote needs to be given due justice and to make them proud of the leaders they elected because the poll was credibly concluded,” she said.

Brillantes has insisted that “there was no fraud” in the conduct of the elections.

“I’m sure of that because the pattern that they’re saying, (if true), would mean that it was programmed. Definitely, it was not programmed,” he said. “I will stake my reputation on that: No one programmed it.”

Muga has pointed out that the 16-stage senatorial canvass had mysteriously given about 60 percent of the votes to the administration Team PNoy slate, 30 percent to the UNA and 10 percent to the independent candidates.

In his latest public status update on his Facebook account, Muga generated a bar graph of the vote shares from 105 provinces and highly urbanized cities, which also indicated the “60-30-10” pattern.

Alain Pascua, Kaakbay president, asked Brillantes to subject the entire automated election, including the source code, under a system audit.

“The review should not only be the source code but the entire automated electoral process and its compliance with the Automated Elections Law, RA (Republic Act No.)  8436, and hold every person and group accountable for possible violations,” Pascua said.

Briones said Kaakbay supported the truth commission being called by defeated senatorial candidate Bro. Eddie Villanueva, the Catholic Bishops’ Conference of the Philippines and other public interest groups “to correct the wrong and erase all doubts that will continuously hound the electoral process and give this country a chance to have a fresh start after every divisive electoral exercise.”

“It is also respectfully requested that the audit log and the transmission log of the transparency server used during the elections be preserved and made available to UNA’s designated IT consultants if only to ensure the accuracy of the data gathered by said server,” UNA’s counsel Claro Certeza wrote the Comelec in a letter on May 21.

Brillantes replied three days later, but only to UNA’s request to examine the source code of the PCOS machines.

He said the two parties under the UNA coalition—Partido ng Masang Pilipino and Partido Demokratikong Pilipino-Lakas ng Bayan—had already been granted access. He said the coalition members needed only to agree on a “certain date” when they could scrutinize the source code.

Over breakfast in Quezon City, Muga explained to Tiangco how he arrived at the findings based on canvassed reports on the national, regional and provincial levels.

Tiangco agreed to assist Muga with related materials such as statements of votes so he could determine if the alleged pattern also existed on the municipal level.

Tiangco declined to commit whether an election protest would be an option later. Muga clarified that his findings spoke only of a “pattern” and did not necessarily point to cheating.

“We want hard evidence that will prove if there was indeed cheating involved,” Tiangco told the Inquirer during the meeting with Muga. “We don’t want to sound like we are just sour grapes. Remember that losing politicians always claim they were cheated. We don’t want to be like that.”

Once Muga is done with his findings, Tiangco said these could be referred to information technology experts to determine how the pattern came about and if the results had been manipulated.

“We would have to ask IT experts how it was done,” he said.