TV channels balk at ‘paying for censorship’ in Vietnam 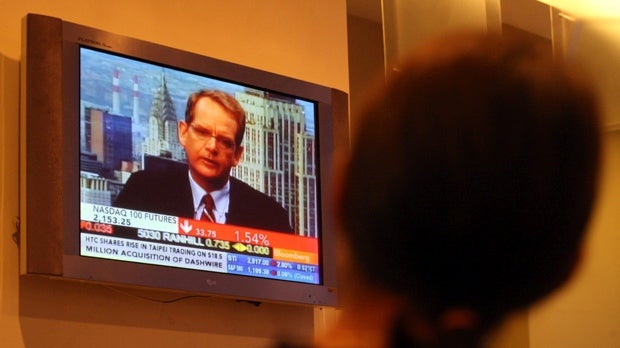 HANOI — Not content with a 30-minute delay on broadcasts of foreign television channels, communist Vietnam has introduced a brazen new law which observers say could force media outlets such as the BBC and CNN to pay for their own censorship.

The law, known as Decision 20, requires channels to apply for an editing license with a government-approved local partner who will “prepare” — subtitle and edit — their content for a local audience, for an undisclosed fee.

The authoritarian nation already bans private media and all newspapers and television channels are state-run.

It has also long-censored foreign television channels, which are broadcast with a delay of up to 30 minutes to allow sensitive content to be cut.

But critics say the new law goes further by making the channels pay for — in collusion with the government — their own censorship.

Decision 20, which came into force last week, briefly saw dozens of foreign channels taken off air, as confusion over licensing requirements left local broadcasters fearing they would be penalised for breaking the law.

As subscribers grumbled at the loss of favourite shows, experts pondered whether the move signalled a new campaign to control information in the authoritarian country or if it was some kind of commercial ploy.

One bemused Hanoi-based diplomat from a country with an affected national broadcaster, speaking on condition of anonymity said Vietnam’s motives were as “clear as mud”.

Although the government has previously said news content does not have to be subtitled, foreign channels fear they are the target of the new law.

“The channels are concerned that (the law) appears to force them to contract somebody to censor their content,” John Medeiros, Chief Policy Officer at pay-tv industry body CASBAA told AFP.

Countries across the region, from China to Singapore, censor television content for political or moral reasons, but no other country demands channels enter into partnerships with state-employed “editors” — and cover the costs for the privilege.

“For news channels… it sounds like censorship, with a capital C. That goes beyond what the news channels are prepared to do,” Medeiros added.

Many channels had not applied for editing licenses when the legislation came into effect last week.

Local broadcasters, led by K+, a joint venture with France’s Canal+, swiftly dropped them fearing repercussions if they violated the edict.

No news channels have yet been given editing licenses, although 16 other foreign channels have, CASBAA said. The BBC and CNN — which went off air for six days — both declined to tell AFP whether they had already applied.

The editing process ensures that “nothing (broadcast) is against the law. Don’t say bad things about this country. Don’t be against our culture,” said Trinh Long Vu, editor-in-chief of the pay TV department at state-run giant VTV.

The law has increased the cost of broadcasting in Vietnam, Vu said, declining to give details of contracts between VTV and foreign channels but adding his firm was not making a profit.

“There is some criticism from overseas saying this is censorship but I don’t think so, he said. “We have no restrictions on press freedoms.”

The new law will in fact help Vietnamese get more out of foreign broadcasts and build the channels’ “appeal” to domestic viewers, Ministry of Foreign Affairs spokesman Luong Thanh Nghi told AFP.

Industry groups and Hanoi-based diplomats decry the “chaos” of the implementation process.

Chris Hodges, a US Embassy spokesman in Hanoi, said the law could “sharply reduce the commercial viability… of foreign television channels in Vietnam.”

Both the BBC and CNN and are back on air, with the usual delay but no additional editing — for now.

The BBC is in “continued discussions with Vietnamese authorities on the matter,” according to Alissa Rooney, Head of Communications at BBC Global News Limited.

Vietnam has been struggling to rein in an increasingly active blogosphere, rising discontent over land grabs, corruption and a stagnant economy. At least 38 activists have been jailed this year for anti-state activity.

It is hard to decipher if Decision 20 is a “spasm of repression (or) the beginning of a new campaign” to control information, said Jonathan London, of the Department of Asian and International Studies at City University of Hong Kong.