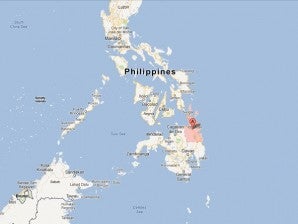 MANILA, Philippines—The government’s Inter-Agency Council Against Trafficking (Iacat) on Saturday said it had sent a team to the Caraga and Davao regions following reports that human trafficking syndicates were preying on the communities there affected by Typhoon “Pablo.”

Undersecretary Jose Vicente Salazar of the Department of Justice, which cochairs Iacat, said the team was dispatched to check on the veracity of the reports as well as to educate the communities on the perils of human trafficking and how to detect human trafficking offenders.

“We must act fast as human trafficking syndicates are known to victimize members of depressed communities. The people must be apprised of these syndicates’ modus operandi and the evils of human trafficking,” Salazar said in a statement.

Some of the human traffickers have reportedly recruited—or were trying to recruit—residents to become household workers in urban areas or undocumented workers abroad.

Lledo was joined by representatives of the Philippine National Police-Criminal Investigation and Detection Group, PNP-Women and Children Protection Center, Department of Social Welfare and Development, and Philippine Overseas Employment Administration, as well as participants from the United Nations Children’s Fund (Unicef) and UN Population Fund.